WABC
NEW YORK (WABC) -- With his one of a kind voice and flare on the piano the legendary Stevie Wonder took center stage in Central Park Monday evening for a pop up concert promoting his "Songs in the Key of Life Tour".

From classics to new releases he kept the crowd singing and dancing on their feet for nearly 90 minutes, at times cracking jokes in between sets.

But he also used his musical platform to speak to current issues and advocate change.

Eyewitness News had the opportunity to speak with Mr. Wonder one on one after the concert where he recalled one of his favorite memories.

"I was performing at the Regal Theater, and they were all screaming, and I was doing 'Fingertips' and I threw them my tie, and my manager said, 'are you crazy, that's the last tie we had!'" Wonder said.

Elated fans from all over the world who enjoyed the concert said it was something they'll never forget.

Monday afternoon in Philadelphia, a huge crowd gathered at Dilworth Park to hear hits including "Superstition" and "Uptight." Wonder took questions from the media and spoke out against gun violence. 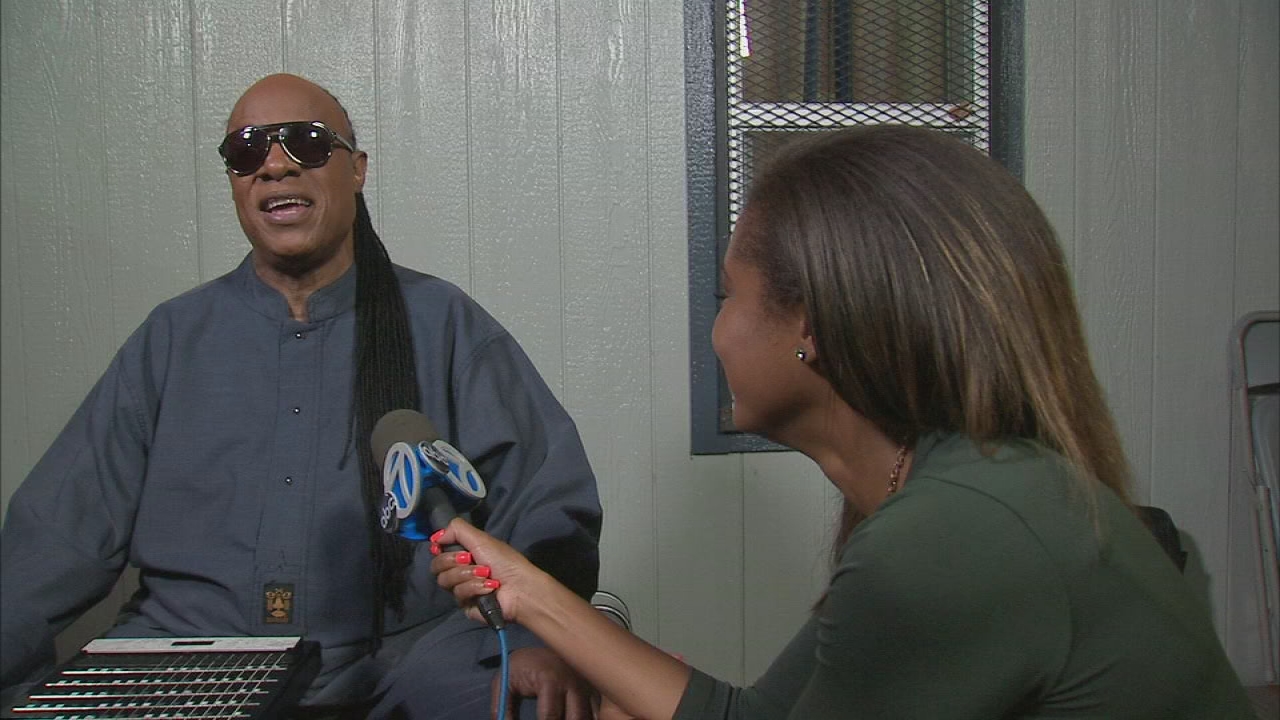