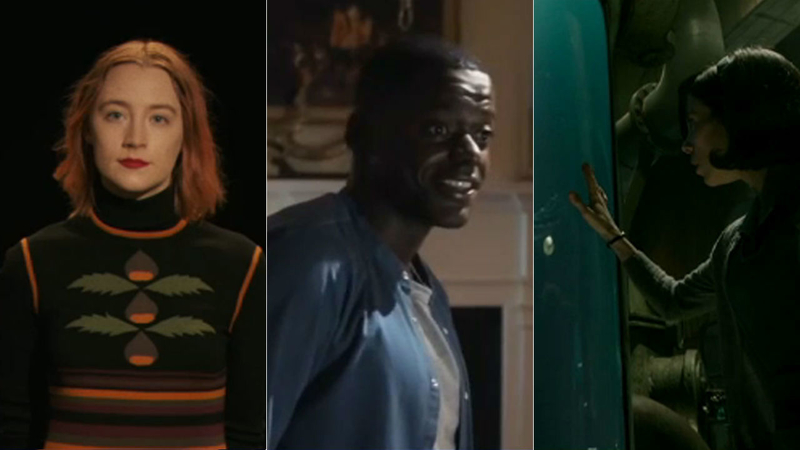 NEW YORK (WABC) -- The finest films of the year made a point about the present while reflecting on the past. Here's my list of the 10 best counting down to number 1.

# 10 -Two families, one white, the other black are "Mudbound" in The Mississippi Delta after World War II. Their grimness is relieved by a loving mother, played superbly by Mary J. Blige, and the bond between a couple of soldiers with a shared experience that transcends race -- but only for awhile.

#9 - Britain's "Darkest Hour" came at the start of World War II, and Gary Oldman playing Britain's Prime Minister, Winston Churchill, is favored to win the Oscar for Best Performance by an Actor. The film deserves to be nominated for Best Picture as well.

#8 - So does: "The Post." The movie directed by Steven Spielberg and set in the 1970's is about the need to take risks and speak truth to power, and that seems all the more relevant today when real journalism is under attack as "fake news."

#7 - "All The Money in The World" is about power, business and family. J. Paul Getty was the world's richest man so why was he so hesitant to pay ransom when his grandson was kidnapped? The answers are so intriguing you may even forget that part of this movie had to be re-shot with Christopher Plummer in for the disgraced Kevin Spacey.

#6 - A mother who is upset local police have failed to find her daughter's killer puts up "Three Billboards Outside Ebbing Missouri" to try and goad the authorities into action.

#5 - "Get Out" seems like it might be a mix of humor and horror at first, but Jordan Peele has points he wants to make about American in 2017, and he transcends a mash-up of genres to give us a unique take on our troubled times.

#4 - "Lady Bird" is the actress, Greta Gerwig, who was inspired by her own journey from Sacramento, CA to NYC.

#3 - A most unusual love story called, "The Shape of Water" is more intimate and more ambitious than the typical blockbuster.

#2 - The World War II story of "Dunkirk" told from the air, land, and sea left me breathless with excitement.

#1 - My favorite movie told truths behind the legends of the American West found among the "Hostiles."

Not many critics agree with me that "Hostiles" should be Number One, but I call 'em as I see 'em.

Which film was your favorite?