WABC
By Sandy Kenyon
UPPER EAST SIDE, Manhattan (WABC) -- A famous TV star is honoring her late father by paying tribute to a former slave.

Julia Louis-Dreyfus is keeping with her father and millionaire investor William Louis-Dreyfus' commitment in paying tribute to Bill Traylor, a slave who became a famous artist decades after his death.

The story begins in Alabama more than a century ago, when Traylor was born into slavery, having spent a half a century as a sharecropper. He couldn't read or write much beyond his own name and did not even become an artist until he was well past the age of 80 -- yet he still managed to leave an astonishing legacy.

"This man found a vehicle to express himself that was almost in defiance of the first part of his life," said Geoffrey Canada, of Harlem Children's Zone.

Leslie Umberger, Curator of Folk and Self-Taught Art at the Smithsonian American Art Museum in Washington, DC, said Traylor used whatever materials he could find.

"When we look at the back of these pieces, you often see things that were found around the neighborhood," she said.

Umberger is an expert in Traylor's work. "He finds this moment when he can tell his own story," she said.

Though Traylor's work was not widely known when he died in 1949, his drawings and paintings are highly prized today and were acquired by the late investor William Louis-Dreyfus.

"What attracted my father to this work was the sophistication of it," Julia Louis-Dreyfus said about her late father. "He was not in it to make a buck. He was in it because he was a lover of art and artists."

William Louis-Dreyfus stipulated these works be sold to benefit the charity headed by his friend Geoffrey Canada.

"We have over 13,000 we serve in the Harlem Children's Zone," Canada said. "And many of those kids are going to go onto college because of the legacy of Bill Traylor's work, and others that William collected over his lifetime."

Canada called it fitting, and Julia Louis Dreyfus said she wants to keep with her dad's commitment to help those less fortunate than he had been. 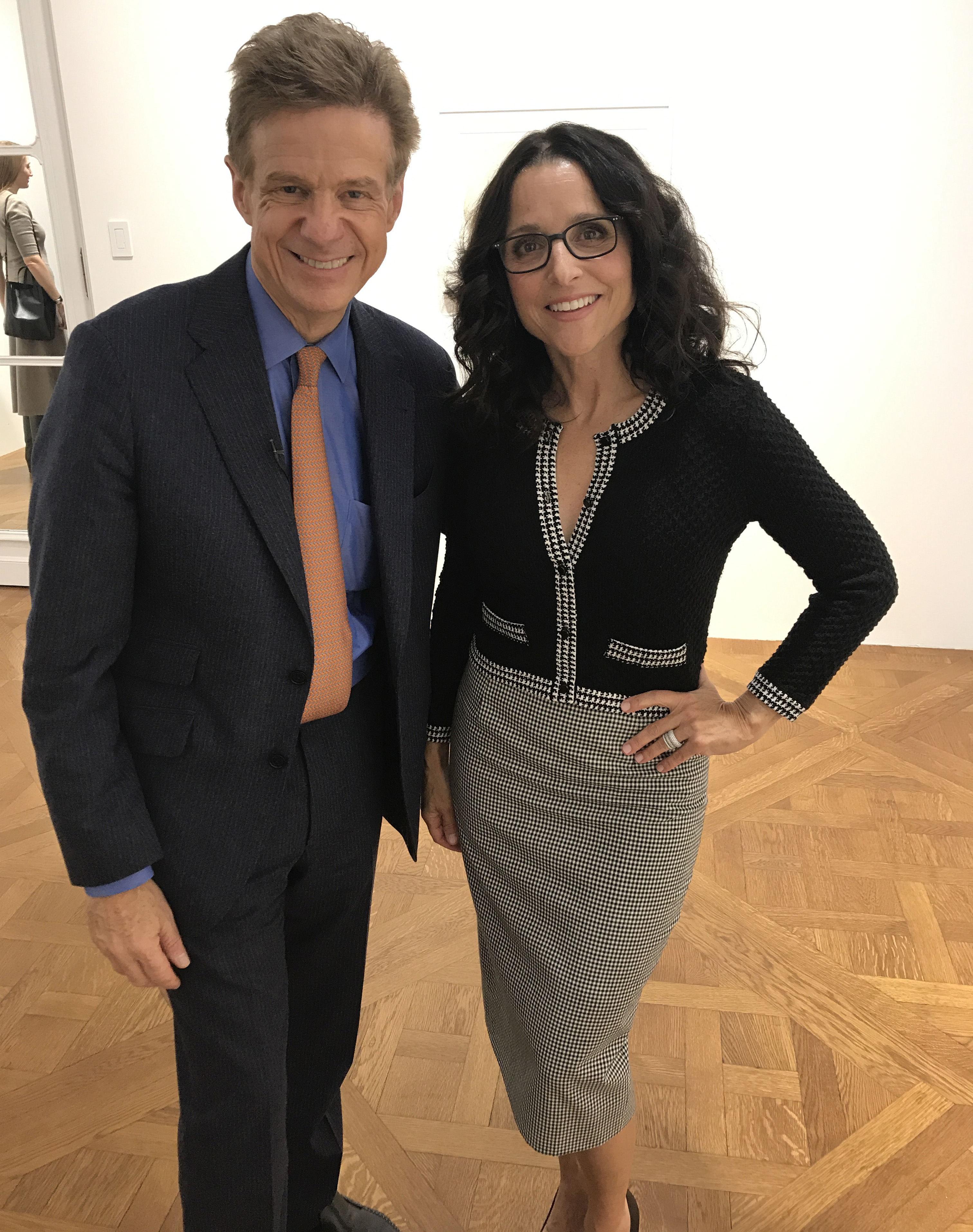