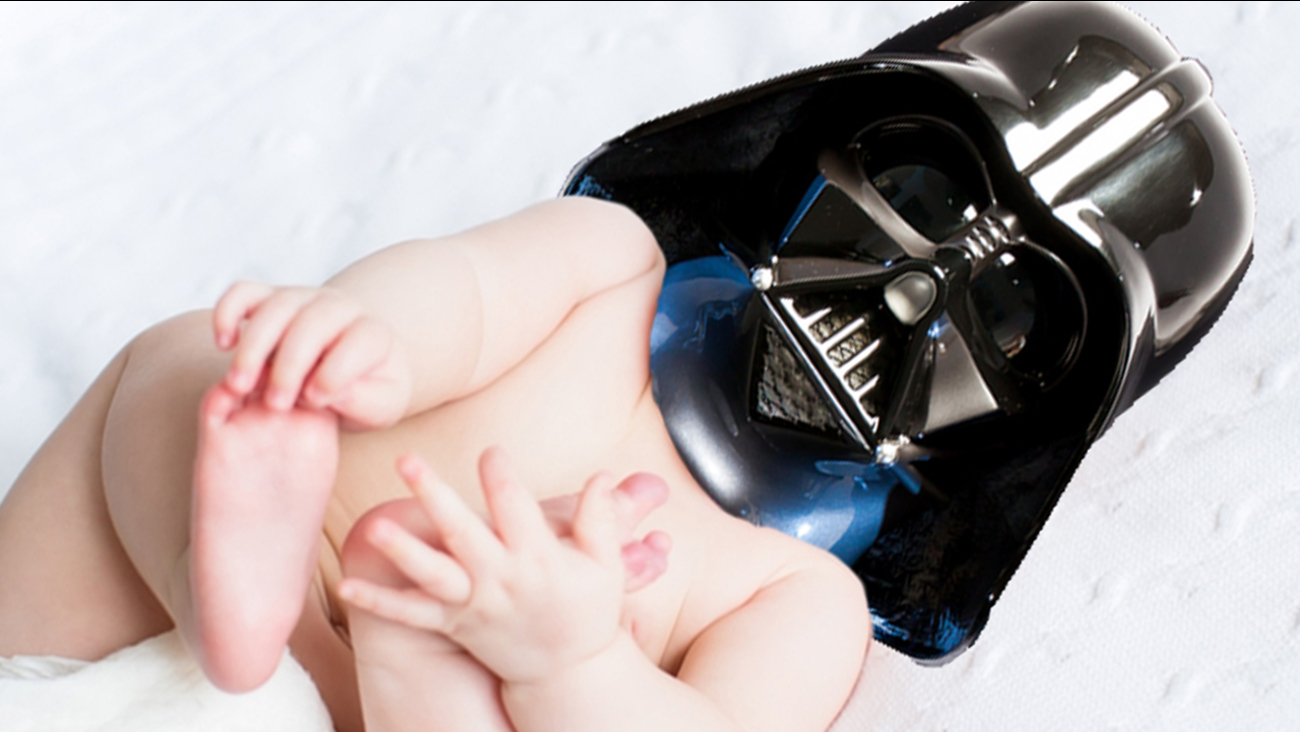 Micah Hayman posted a video of his baby son Eli to YouTube on Thursday. The 11-week-old had been crying after just getting his first round of immunizations until he heard the opening of John Williams' iconic "Imperial March" from the Star Wars films.

Eli suddenly stops crying and becomes completely mesmerized by the movie score. Hayman, a huge Star Wars fan, said that he first noticed that the music calmed Eli down when he was about a month old.

"He was screaming one day and nothing I did would calm him down," Hayman told ABC via email. "For some reason I decided to pull up the 'Imperial March,' and he stopped crying as soon as it started playing."

While Hayman says that he thinks Eli will become a Star Wars fan when he's older, he hopes his son doesn't drift towards the dark side of the Force.

"If he tries to force choke me," Hayman said, "I'll know something is up."