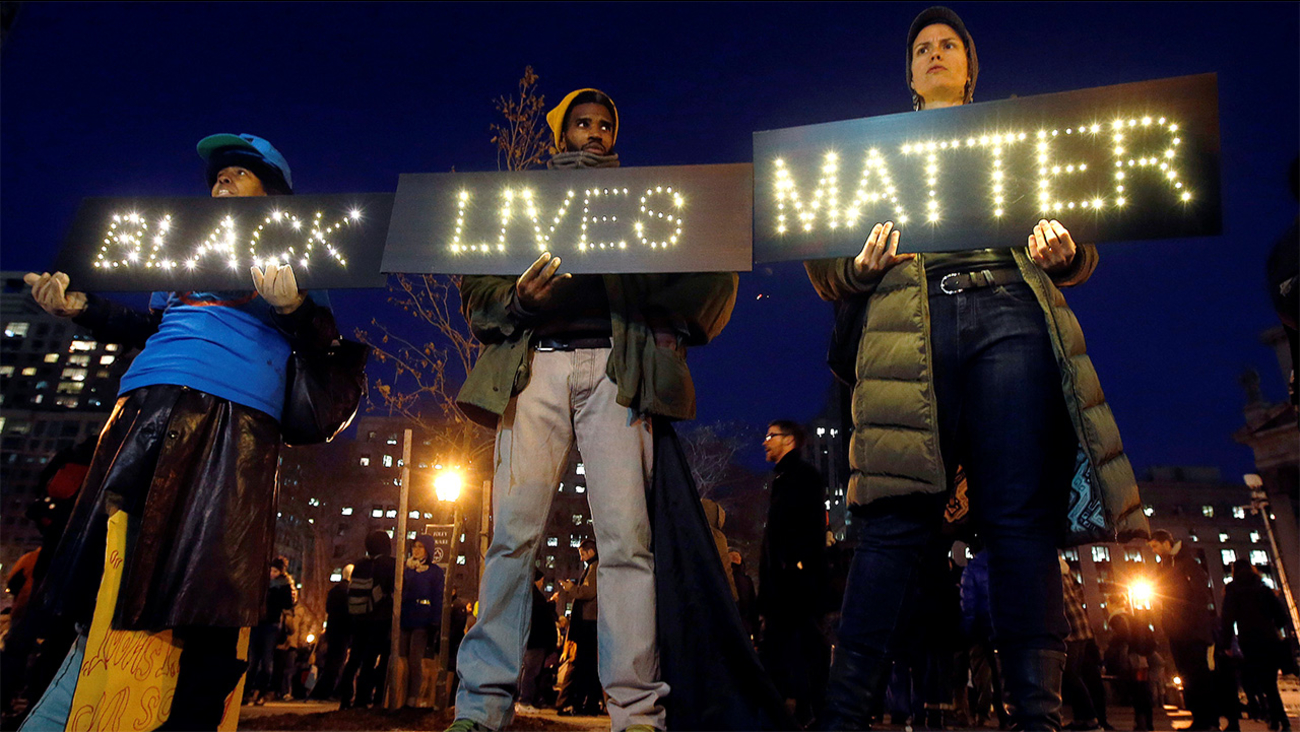 Protesters rallying against a grand jury's decision not to indict the police officer involved in the death of Eric Garner gather in Foley Square, in New York, on Dec. 4, 2014. (AP Photo/Jason DeCrow)

Prosecutors recently recommended the charges to Deputy Attorney General Rod Rosenstein, but it's unclear if he will be willing to sign off on a case. The New York Times first reported the development.

"Officer Panteleo has consistently denied he ever violated Mr. Garner's civil rights," Pantaleo's attorney Stu London said after the report came out. "This was a simple street encounter, with no violation of anyone's constitutional rights. Politics should never trump the rule of law, and it is always important to remember that anytime there is a loss of life, it is tragedy."

The case has been in legal limbo for years, and federal civil rights cases against officers are rare and challenging during any administration.

Garner's mother, Gwen Carr, released a statement regarding the reports of disagreement in the U.S. Justice Department over whether to charge Pantaleo.

"If the Trump administration's Justice Department doesn't hold NYPD Officer Daniel Pantaelo and others who killed my son accountable by prosecution and conviction, then they are failing to uphold law-and-order for the sake of politics," she said. "DOJ officials told me and my family last summer that there would be a final decision by the end of 2017 - it's outrageous that now they're reporting that they're still deciding through the media without reaching out to me at all. This isn't news, they're playing political games with the murder of my son. It's been nearly four years and there still is no justice - it's unacceptable. It's beyond time for Pantaleo and other officers to be prosecuted by DOJ, and Mayor de Blasio and the NYPD also need to stop playing politics by hiding behind the Trump administration, and fire Pantaleo and all officers responsible for murdering Eric and related misconduct."

"The family and loved ones of Eric Garner have waited long enough," he said. "Our city has waited long enough. After almost four years of deliberation, and with the NYPD long ready to proceed with its disciplinary process, we once again urge the Department of Justice to show some level of decency to the Garner family and make its decision."

The Rev. Al Sharpton and his National Action Network released a statement saying they are cautiously hopeful about potential charges and calling upon Attorney General Jeff Sessions to follow the recommendations.

"The handling of this case has been highly unusual and deeply troubling from the start," he said. "This latest report, if true, is proof that those seeking an indictment still haven't managed to twist the facts and evidence to fit their pre-determined outcome. After more than three years, it is long past time for the Justice Department's leadership to put an end to this fishing expedition, close the case without charges, and let Police Officer Pantaleo move forward."