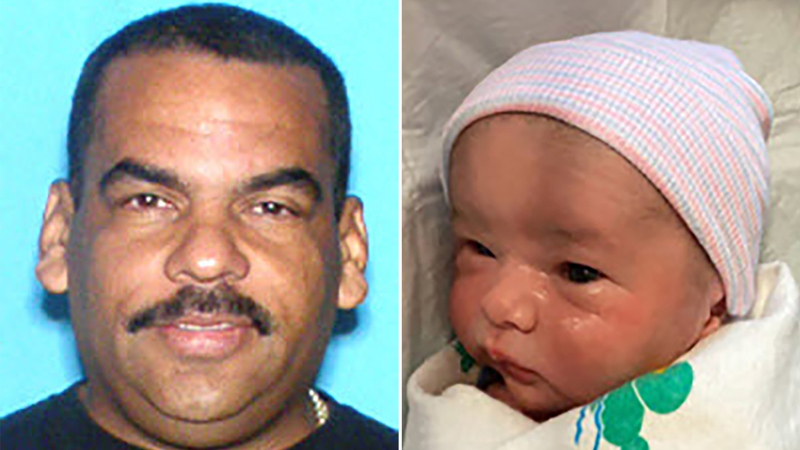 MIAMI-DADE, Florida -- Police have found the body of a man who matches the description of a father sought by police in a newborn baby's disappearance, authorities in Florida said Wednesday. The 1-week-old boy is still missing.

The Florida Department of Law Enforcement issued an Amber Alert for the father and son after three women were found shot dead Tuesday in a rural area in south Miami-Dade County.

The Pasco County Sheriff's Office announced Wednesday in a Facebook post that the van described in the Amber Alert was found in rural Blanton, Florida, which is more than 300 miles (483 kilometers) from where the women's bodies were discovered.

Pasco County Sheriff Chris Nocco said later during a news conference that K-9 units searched a wooded area near the van and found a dead man with what appeared to be a single, self-inflicted gunshot wound from a rifle.

Miami-Dade officers had been searching for Ernesto Caballeiro, 49. He is related to at least one of the women found killed, but had not been named as a suspect.

Pasco County investigators didn't find the baby while searching near the van, Nocco said. Deputies were continuing to search the area between Blanton and nearby Interstate 75, while detectives followed up on other leads.

"All we care about right now is that we get that baby back," Nocco said.

Investigators were trying to piece together the path Caballeiro had traveled, asking for help from members of the public who might have spotted the van in the past day. The white van had decals saying "Nesty School Services" and "Caution: Transporting Children."