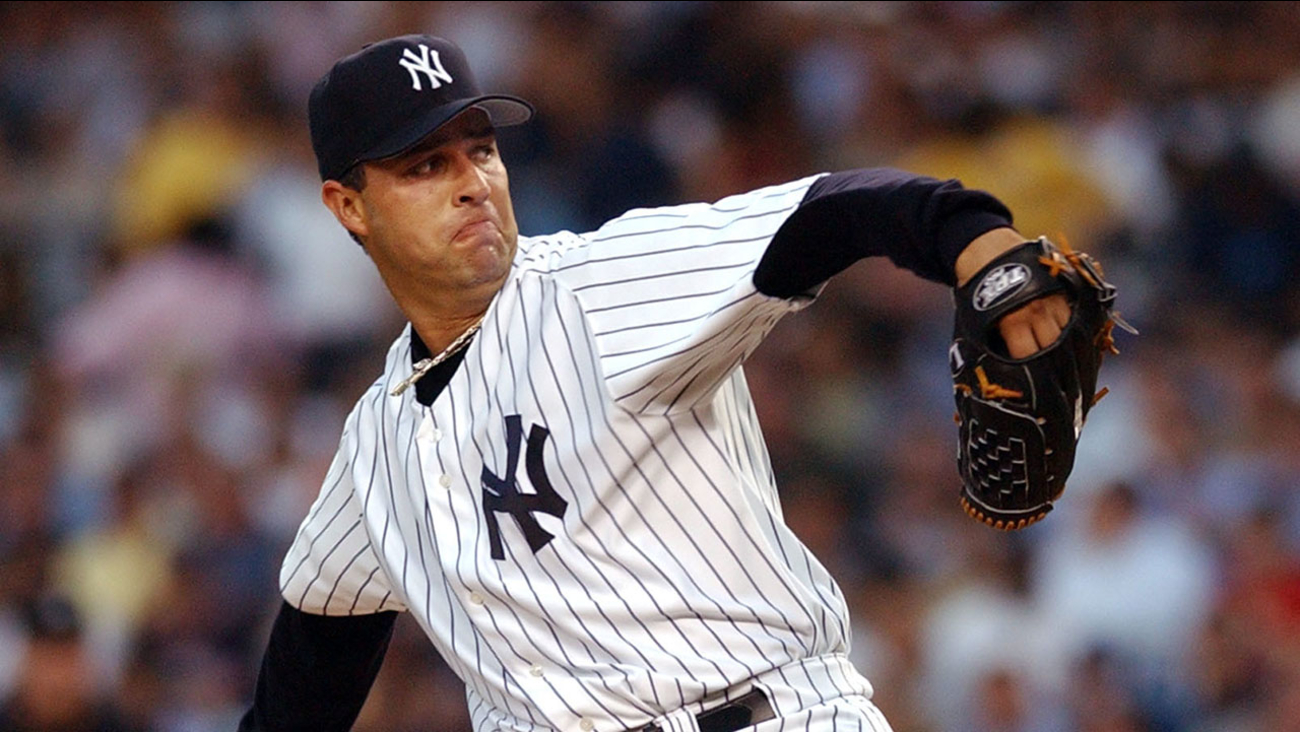 SAN DIEGO, California -- A former journeyman pitcher whose career included a stint with the Yankees has been arrested in San Diego County for allegedly smuggling cocaine and heroin, authorities said.

Esteban Loaiza was booked Friday on suspicion of possession and transportation of more than 20 kilograms (44 pounds) of the narcotics. According to the San Diego County Sheriff's Department, the drugs have an estimated street value of $500,000.

The 46-year-old Major League Baseball veteran was being held at a Chula Vista jail on Monday in lieu of $200,000 bail.

Loaiza had an MLB career that began with the Pirates and spanned 14 seasons from 1995 to 2008. During his last two years in the majors he played intermittently for the Yaknees, Dodgers, Blue Jays, Athletics and White Sox.

A right-hander and two-time All-Star, he achieved a win-loss record of 126-114 and earned just over $43.7 million in the majors. The legendary Fernando Valenzuela is the only Mexican-born pitcher to win more games than Loaiza.

Loaiza is scheduled to appear in court on Wednesday.

Loaiza's agent, John Boggs, told the San Francisco Chronicle that he had no information about the arrest and that he has not spoken to Loaiza recently. He said that Loaiza had called his office early last week but Boggs was unavailable at the time.

"I am shocked and saddened by the news and had no indication he would ever be in this type of situation," Boggs said in a text to the newspaper. "I don't know how he would get himself involved in this, so it's difficult to even comment on it."

Officers stopped Loaiza for a minor traffic infraction Friday after he left the home he started renting recently in the Pacific coast community of Imperial Beach, along the U.S.-Mexico border. Authorities had the vehicle under surveillance on suspicion it was used for smuggling drugs.

When they searched the vehicle, they found a sophisticated compartment used to conceal contraband, authorities said. That led them to obtain a search warrant for Loaiza's rental home, where they found the packages of drugs, according to investigators.

The packages containing a white powder are still being tested but are believed to be cocaine, said San Diego Sheriff's Lt. Jason Vickery.

Loaiza was born in Tijuana, Mexico and was married for two years to the late Mexican-American singer Jenni Rivera. She filed for divorce shortly before she died in a plane crash in 2012.

The 43-year-old Rivera was known as the "Diva de la Banda" and died as her career was peaking. She was perhaps the most successful female singer in grupero, a male-dominated Mexico regional style, sold more than 15 million records, and moved into acting and reality television.

Loaiza sued the aircraft's owners in 2014 for wrongful death but her relatives accused him of trying to profit from her death. He denied the accusations and later retracted his lawsuit.