In addition to expanding the storylines of its LGBTQ+ and neurodiverse characters, the Freeform show will also incorporate mental illness and sign language.
OTRC
By Andrea Lans 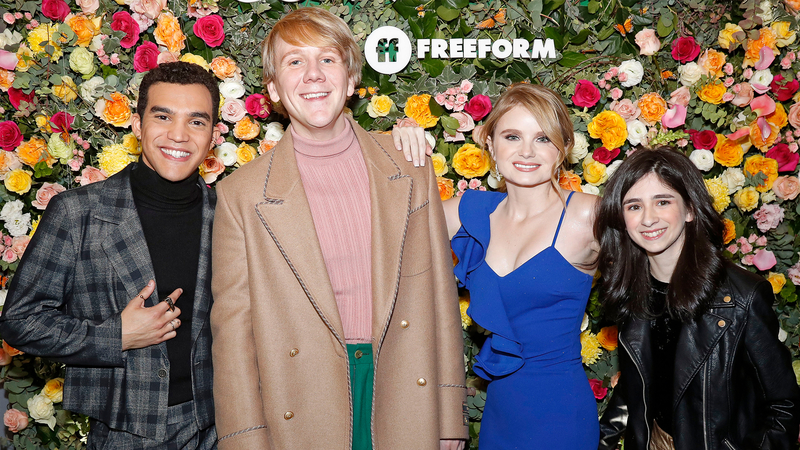 "Everything's Gonna Be Okay" has made waves on Freeform for its neurodiverse representation both on and off screen. Season 2 of the feel-good comedy will go even further in its diverse portrayals with plotlines surrounding mental illness, sign language and, of course, quarantine.

"We continue to delve into the idea of growing up and facing adulthood when you're on the autism spectrum," Maeve Press, who plays the youngest sister, Genevieve, said.

The first season ended with Matilda, played by Kayla Cromer, coming to terms with the fact that she is not ready to leave her family to attend Juilliard in New York. Like her character, Cromer is on the autism spectrum and has been an outspoken advocate for neurodiversity.

"My DMs constantly blow up from little kids, teens, parents, teachers, just saying how grateful they are to be actually seeing something authentic onscreen," Cromer said.

Upon learning the actress was not nominated for an Emmy, one of Cromer's young fans even sent her a personalized trophy in the mail with the inscription: "Most Inspirational Actress: Kayla Cromer."

"My heartstrings literally melted," Cromer said. "I still get teary-eyed just thinking about that moment."

Cromer teased that the show will also address mental illness amid a pandemic and other "daily struggles people with disabilities deal with" -- all with a sense of humor. Audiences also have some new characters to look forward to, including Alex's dad, played by deaf actor CJ Jones.

"I loved working with him and learning from him and all of the work that he's trying to do, especially with Black deaf characters," Adam Faison, who plays Alex, said.

Faison uses American Sign Language to communicate with friends in real life and is thrilled that his onscreen love interest and series creator Josh Thomas wove it into the storyline.

"We're just hitting the tip of the iceberg with this, but I just really appreciate Josh writing to that and also getting consultants to help him and make it authentic," Faison said, adding that they had an ASL director and interpretor on set.