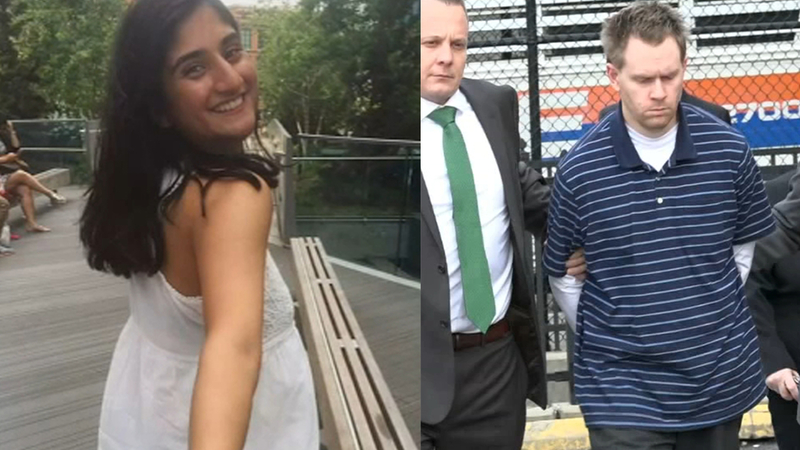 LEVITTOWN, Long Island (WABC) -- A former civilian employee of the FDNY who pleaded guilty to manslaughter and other charges charges in a 2017 hit and run that killed a teenager on Long Island was sentenced to five to 15 years in prison Monday.

Daniel Coppolo, an ex-EMS dispatcher with the department, dragged 18-year-old college student Taranjit Parmar through a parking lot and ran her over while fleeing a fender bender on a busy stretch of Hempstead Turnpike in Levittown that November.

Parmar, who was studying to be a dentist, was just five days away from her 19th birthday.

"She was brilliant and worked hard," dad Ranjit Parmar said. "She stayed up late and got up early. Little did she know, one day Mr Coppolo would snatch all of that away from her."

After the initial crash, Parmar exited her vehicle to call her mother. That's when Coppolo began to drive away, striking her before fleeing the scene.

Coppolo was arrested following a six-week search and pleaded guilty in April.

"It is incomprehensible that this adult defendant could recklessly take the promising young life of 18-year-old, Taranjit Parmar over a trivial fender bender," Nassau County District Attorney Madeline Singas said after the plea. "Our continuing condolences go out to the Parmar family for their unbearable loss."

Coppolo pleaded guilty to second-degree manslaughter, third-degree robbery, leaving the scene of an accident and evidence tampering. Sentencing will run concurrently for all charges.

"Basic human decency demanded that you stop," Judge Terence Murphy said. "Where were you when Taranjit needed help? You took off like a scared rat."

Coppolo spoke in court Monday, taking responsibility for his actions and apologizing to the victim's family.

"My mental condition is not to blame," he said. "It was a senseless act that I am responsible for. Every single day, I am haunted by my actions. I want you to know how truly sorry I am."

Parmar's parents said the apology does not provide any solace.

"To me, it makes no difference," Ranjit Parmar said. "His actions spoke louder than words. He didn't show any remorse when he did what he did, and went into hiding. And now, to make a statement, to me, is just meaningless."