'Patriotism is in the heart': Asian American official explains message behind viral video 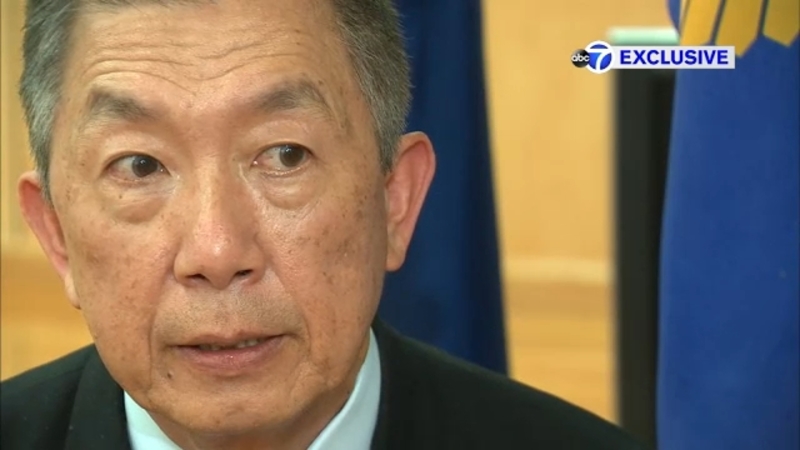 "People question my patriotism. That I don't look American enough," Lee Wong said. "They cannot get over this face. I want to show you something. I wanna tell you because I'm not afraid. I don't have to live in fear, intimidation."

It was the viral moment that ricocheted around the world. Ohio township trustee Lee Wong had something to get off his chest.

"Here is my proof. This is sustained from my service in the US military. Now is this patriot enough?" Wong said at a meeting in suburban Cincinnati a few weeks ago.

A 25-year-old woman, who asked not to show her face or use her name, was on the receiving end of an attack while enjoying outdoor dining with a friend in Chinatown.

Standing in front of a room of trustees, Wong took off his shirt to show the scars he got during an army training drill.

"It is not fair that we have to prove that we are Americans. I don't have to take my shirt off every time to do that. I know patriotism is in the heart," Wong said.

In this Eyewitness News exclusive, Wong says while those scars were the result of an army training drill, it was the pain of a lifetime of racism that he has endured that he really wants to be seen and heard.

All his life he had not spoken about it, but with anti-Asian sentiment on the rise over the last few years, he was done being silent.
Wong bared his chest at a township board of trustees meeting in March, just after the Atlanta spa mass shootings.
EMBED More News Videos

Elected official Lee Wong, of Ohio, fed up with people questioning his patriotism because he's Asian American, bared his chest during a recent town meeting to reveal scars from injuries he suffered while in the US Army.

So, he was in New York Thursday night headlining a fundraiser for a Chinatown restaurant, an industry obliterated by COVID and xenophobia, and to make sure the marginalized have a voice.

"We've been overlooked. I came here to this country, I gave up my culture, my language. I speak English, I assimilate into it. I gave up a lot. I pledge allegiance to this country. One country only and yet what do I get in return?" Wong said.

Wong said he loves America with "a soldier's passion."

It's a lifetime of service to his adopted country, that is only now starting to get recognized.