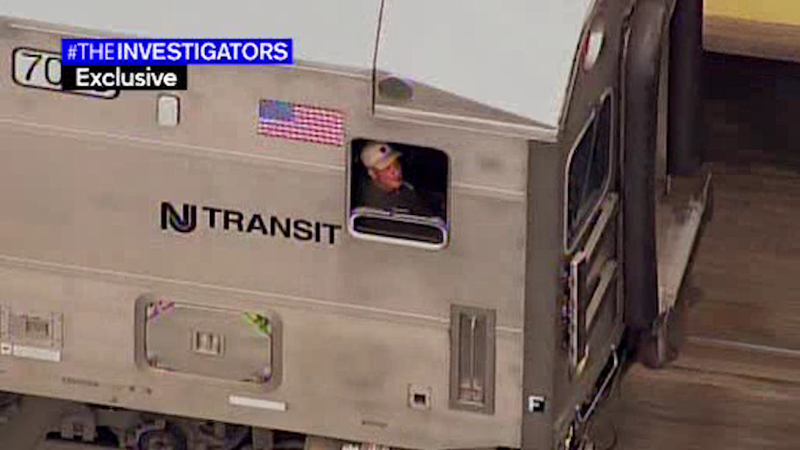 NEW JERSEY (WABC) -- There are new developments after our Eyewitness News Investigators exclusive story on a train engineer with a revoked driver's license.

The engineer is not allowed to drive a car, but is still at the controls of a New Jersey Transit train.

Smoking a big cigar, Engineer Thomas Broschart seems not to have a care in the world.

He's still behind the controls of NJ Transit commuter trains despite having lost his license to drive a car for 10 years following a string of DWI related run-ins with police.

The absurdity was highlighted by our investigation which shows that after transporting passengers by rail, Broschart has to have someone pick him up at the end of the day to drive him home.

"I've asked my staff in Washington to contact the Federal Railroad Administration to come to understand how is that possible, and to judge whether we need to change the law," Sen. Menendez said.

New Jersey Transit says their hands are tied in this case because of weak federal railroad laws dealing with DWI. A spokesperson adding, "Anything that could be done to strengthen those federal rules...would be welcome."

But a check of those rules clearly shows it's a minimum standard and does not restrict a railroad from adopting and enforcing additional or more stringent requirements.

"Do you think it's wise to be driving a train when you are not even licensed to drive a car?" Eyewitness News Investigative Reporter Jim Hoffer asked.

"I don't know what you're talking about," Broschart said.

But apparently Thomas Broschart's alcohol-related history is well-known among many of his coworkers whom Eyewitness News has learned refer to him as "Teflon Tom". That's because his three separate suspensions of his driver's license never get him in trouble with his supervisors. One of them happens to be his brother.

"Do you supervisor's know that your license is revoked?" Hoffer asked.