Suspect wanted in string of burglaries in Lower Manhattan, $30,000 in jewelry taken 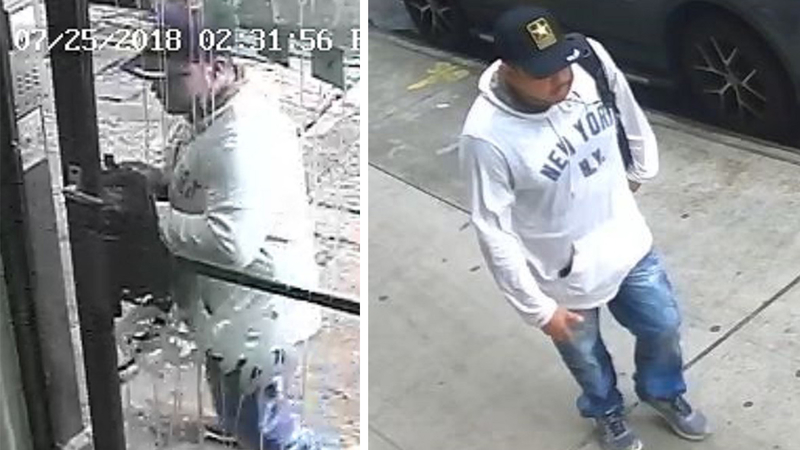 LOWER MANHATTAN (WABC) -- Police are looking for a suspect who they say is behind a string of burglaries spanning from Midtown to Chinatown.

In one burglary two weeks ago, police say he stole $21,000 in jewelry from one person's apartment.

In all, he's taken more than $30,000 worth of jewelry and electronics in six different break-ins.

One of the victims in Chinatown spoke exclusively with Eyewitness News because he wants the suspect caught before he strikes again.

"He walks up to the building and he makes sure that there's not that many people on the street and he's always looking out," said the victim. "Then you can see on the footage, he takes out a tool from his book-bag and he pries open the front door. And then when he's in the building his method of entry into the apartment is that he breaks the cylinder."

The victim's girlfriend and her daughter discovered what happened. "All the clothes and stuff and drawers were open and clothes were all over the floor," the daughter said.

"Ransacked the place, the whole apartment was a mess. What he took was jewelry, watches and cash," said the victim.

The NYPD released images from his most recent break-in, last Wednesday on Baxter Street by Canal, a block where he has struck twice, wearing a hooded sweatshirt in the middle of the summer, a US Army cap and a backpack.

Police say he started on May 15, striking six times in just over two months, in Chinatown and once on Madison Avenue and East 30th Street.

"Every time I walk in and out of home now it just feels different," the victim said. "There's no safety. There's paranoia. It's traumatizing."

"I don't get why this happened to us. We did nothing to deserve this," said his girlfriend's daughter.

Police say every time the burglar strikes it is in broad daylight and no one is home.

Biden to pull troops from Afghanistan, end longest US war