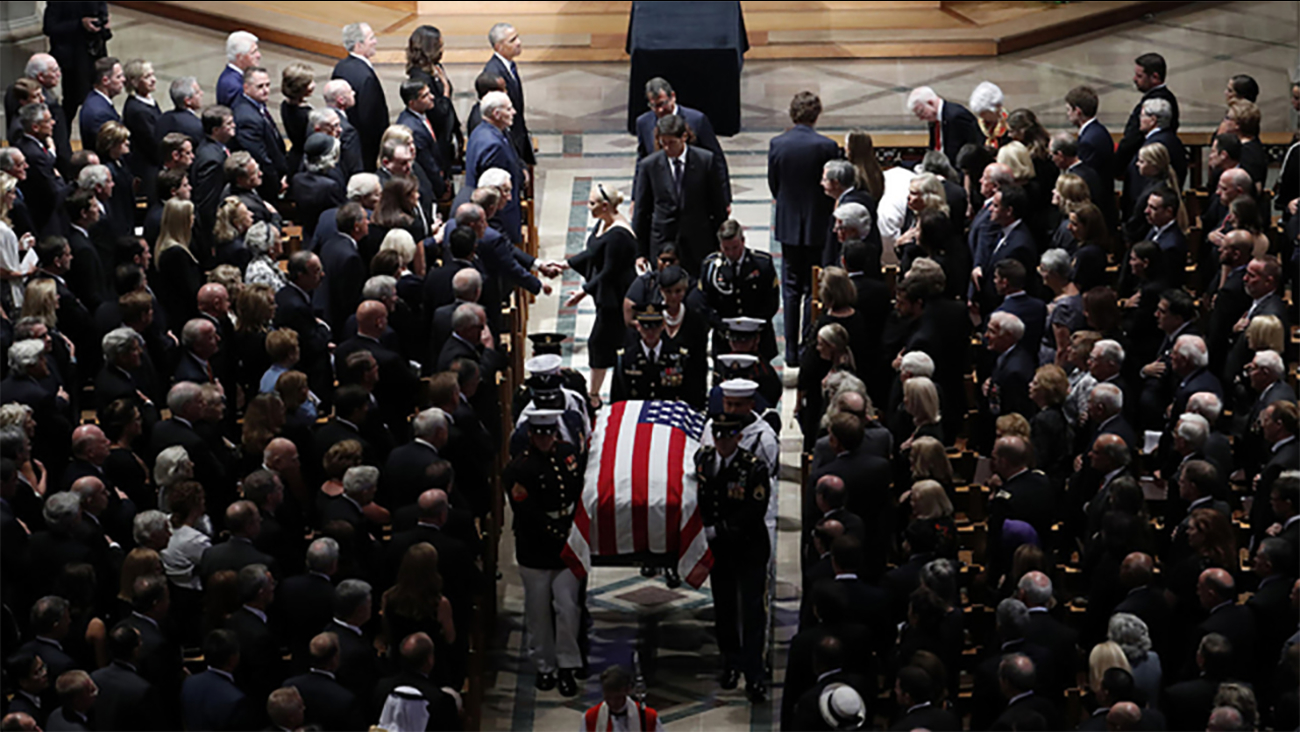 NEW YORK (WABC) -- Family, friends and notable figures from throughout the world of politics gathered Saturday to say goodbye to an American hero, former Senator John McCain. Meanwhile on the local front, one of the major stories over the weekend was the horrifying rape of an 11-year-old girl in Brooklyn.

Here's a look at the top five stories of the Labor Day weekend.

Police charge man with raping 11-year-old Brooklyn girl
Authorities arrested a man on rape and other charges in connection to an attack on an 11-year-old girl in her bedroom. People in the neighborhood erupted in cheers when the suspect was captured.
EMBED More News Videos

Naveen Dhaliwal has the latest on the arrest in the rape of an 11-year-old girl.

NYPD change in marijuana arrest policy goes into effect
A new marijuana policy went into effect Saturday to cut down on drug arrests in New York City, as police will put a stop to arresting people for smoking marijuana in public.
EMBED More News Videos

A new NYPD marijuana policy goes into effect Saturday to cut down on drug arrests in New York City.