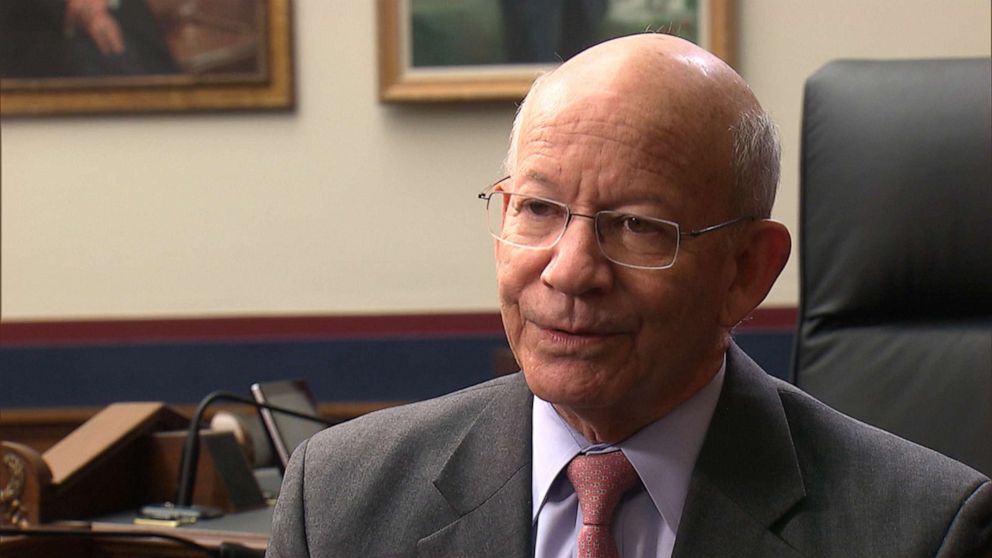 Federal Aviation Administration Administrator Stephen Dickson is expected to face tough questions from lawmakers on Wednesday during his first testimony on the Boeing 737 Max since taking over the agency on Aug. 12.

The House Transportation and Infrastructure Committee hearing intends to examine the FAA's role in the certification of the Boeing 737 Max aircraft. It will mark the fifth hearing the committee has held since it launched its investigation into the Boeing plane following two fatal crashes that killed a total of 346 people. The FAA grounded the 737 Max jets on March 13.

House Transportation and Infrastructure Committee Chair Rep. Peter DeFazio, D-Ore., believes that the committee's investigation has already proven that there is something broken in the aircraft certification process.

"I think there's been too much deference to the manufacturer in this case by the FAA, and that's broken," DeFazio said in an interview Tuesday with ABC News' Senior Transportation Correspondent David Kerley. "That's not what the law says. There's not supposed to be deference."

In 2003, DeFazio voted against the initial bill that mandated the ODA program.

"We can certainly mandate changes in the approval process and the oversight process by the FAA," DeFazio said. "We're already thinking of options of changes we might make."

The committee chairman hopes to hear firsthand from Dickson and other FAA officials on Wednesday about how the agency plans to change its culture.

"I'm hoping the FAA Administrator has some recommendations of his own," he said.

DeFazio has also raised the alarm about the safety culture inside Boeing -- specifically production pressures that might indicate the company put profit over safety.

Edward Pierson, a Boeing retiree, is expected to testify Wednesday on safety concerns he claims were ignored regarding the 737 Max production line.

"I fear that profit took precedence and put pressure on the whole organization all the way down," DeFazio told ABC News back in October.

Boeing believes its changes to the 737 Max will make it one of the safest airplanes ever to fly.

In both crashes, it appears the angle-of-attack sensor was sending incorrect data, misfiring the Maneuvering Characteristics Augmentation System, or MCAS, which pushed the plane's nose down repeatedly even as pilots fought to gain altitude. One of the software fixes Boeing said has been completed is a change to rely on two sensors, not just one, to activate the MCAS. A second software fix is related to the overall flight-control software system.

Ultimately, the decision for the 737 Max to fly again lies in the hands of the FAA.

FAA Administrator Dickson has repeatedly said that the agency's "return-to-service decision for the Max will be based solely on (its) assessment of the sufficiency of Boeing's proposed software updates and pilot training that addresses the known issues for grounding the aircraft."

A former commercial pilot himself, Dickson added, "I am not going to sign off on this aircraft until I fly it myself and am satisfied that I would put my own family on it without a second thought."

As for DeFazio? He hasn't made up his mind on whether or not he will fly on a Max once it's re-certified.

"(The FAA) is going to have "a very in-depth technical review of the MCAS system," DeFazio said. "And after I see and hear all of that, then I'll have a judgment to make."
Report a correction or typo
Related topics:
abc newsnational
Copyright © 2021 ABC News Internet Ventures.
More Videos
From CNN Newsource affiliates
TOP STORIES