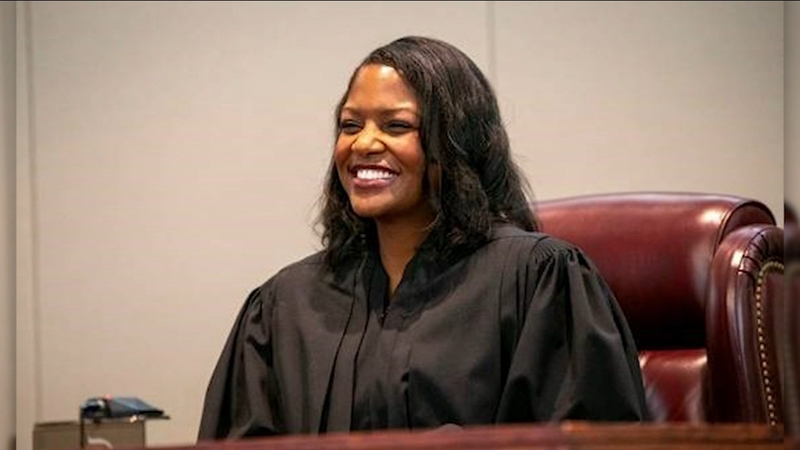 TRENTON, New Jersey (WABC) -- Fabiana Pierre-Louis is poised to make history in New Jersey as the first Black woman to serve on the state's Supreme Court after the full Senate voted unanimously in favor of her confirmation Thursday.

Gov. Phil Murphy nominated Pierre-Louis for the post in June and offered praise after the vote.

"I'm incredibly proud that the Senate has unanimously confirmed Fabiana Pierre-Louis as the next Associate Justice to serve on New Jersey's Supreme Court," he said in a statement. "Fabiana is an exceptionally talented attorney, and will now have the historic distinction of becoming the first Black woman to be seated on our state's highest court. I am honored to have put her name forward, and to see someone with a different set of life experiences and perspectives on our Supreme Court, a judicial body where New Jerseyans from all walks of life turn for justice. I also thank Senate President Sweeney and Chairman Scutari for their support and conducting a thorough, fair, and open confirmation process."

The 39-year-old, who turns 40 on Saturday, will also become the youngest person ever to serve as a Justice on New Jersey's highest court. She will succeed Walter Timpone, who reaches the mandatory retirement age of 70 in November.

"The thought of actually sitting on the court one day was not something that came across my mind as a law clerk," Pierre-Louis told Eyewitness News earlier this year. "I think my end game as a law student was to become an attorney and hopefully make an impact on the legal profession, in some way."
EMBED More News Videos

Fabiana Pierre-Louis is on the brink of making history in New Jersey as the first African American woman to serve on the state's Supreme Court.

The daughter of Haitian immigrants, Pierre-Louis was the first person to go to law school in her family. She is a partner at Montgomery McCracken in Cherry Hill, where she is in the white collar and government investigations practice.

Before that, she served for nearly a decade as an assistant United States Attorney in New Jersey. As part of that role, she was the attorney-in-charge of the Camden branch office.

"The confirmation of Fabiana Pierre-Louis as New Jersey's first female African-American State Supreme Court Justice is historic," Assembly Speaker Craig Coughlin said in a statement. "Her reputation as a fair and impartial prosecutor is hard-earned and well-deserved. I am confident Ms. Pierre-Louis' demonstrated intellect and legal acumen will be tremendous assets for our state's highest court. She brings vital diversity in both age and gender. Above all, her integrity and character are unquestionable. There will be a litany of crucially important issues that will be brought before the court in the coming years. I have no doubt that Justice Pierre-Louis and the attributes she brings to the court will serve the residents of our state well in the decades to come."

When she graduated from Rutgers Law School, she became a law clerk for former New Jersey Supreme Court Justice John Wallace in 2006,

Pierre-Louis grew up in Irvington after her family moved from Brownsville, Brooklyn, when she was 8.

Her father was a New York City taxi driver who saved up to buy his own medallion, while her mother spent more than 20 years working at St. Vincent's Hospital in Manhattan.

"Their work ethic is something I've always looked up to," Pierre-Louis said. "They worked extremely hard coming to a country where they didn't speak the language, didn't know many people and really established themselves."

While this nomination comes at a time of racial strife, Murphy made it clear his nomination had nothing to do with that and said he began vetting her in February.

"Given the challenges which are being brought to the forefront of our society and the questions which will undoubtedly rise to reach our supreme court, core issues of socio-economic equality and equity, there is no better meeting of an individual and the times," Murphy said after making the nomination.

Pierre-Louis is currently in private practice, but before that she was the first Black woman to become the attorney-in-charge of both the Camden and Trenton field offices for the U.S. Attorney's Office for the District of New Jersey.