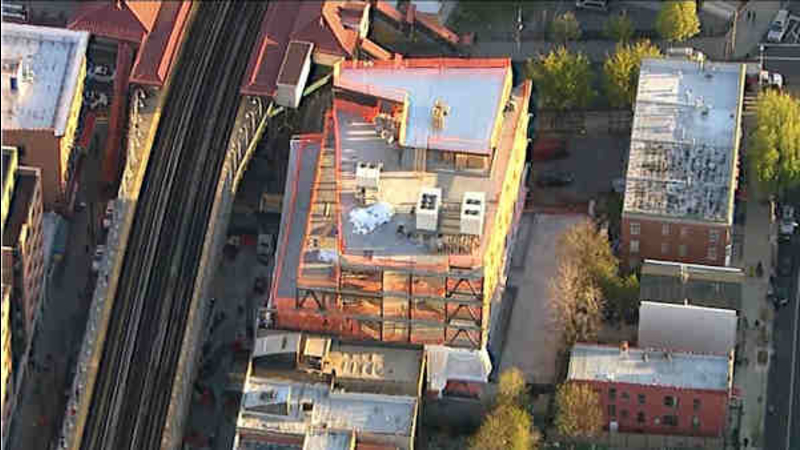 LONGWOOD, Bronx (WABC) -- Workers are working to shore up a Bronx construction site that seemed unstable, prompting the evacuation of at least nine residential buildings.

Support joints on the second floor of the structure looked stretched.

Three apartment buildings on Southern Boulevard and six more on Hoe Avenue were evacuated as a precaution. By around 9 a.m., the 42 residents of the nine evacuated buildings were allowed back into their homes.

Subway service on No. 2 and 5 lines, which was suspended, resumed but with delays.