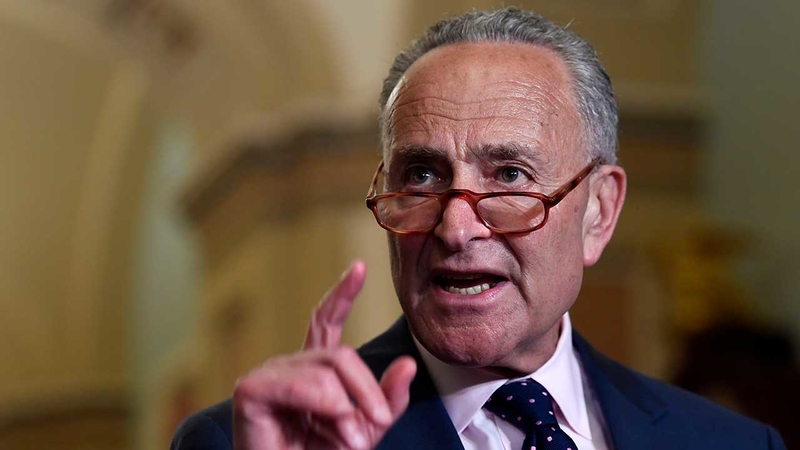 Though it's been around for years, the photo-altering app FaceApp is back in the news this week after a recent surge in popularity, and privacy concerns have some -- including Senate Minority Leader Chuck Schumer -- calling for an investigation.

RELATED: What is FaceApp? What to know

As the conversation continues, security experts and politicians are weighing in about what you should and should not be concerned about if you have used it.

On Wednesday, Sen. Chuck Schumer (D-NY) called for the FBI and the FTC to investigate whether the U.S. government has "adequate safeguards" in place to protect the privacy of Americans using the app.

"According to its privacy policy, users grant FaceApp license to use or publish content shared with the application, including their username or even their real name, without notifying them or providing compensation," he wrote, adding that the company's approach to user's privacy "can be misleading to consumers and may even constitute a deceptive trade practice."

Schumer was not the only Democrat to speak out. The Democratic National Committee sent a warning to 2020 presidential candidates on Wednesday, saying, "Unfortunately, this novelty is not without risk: FaceApp was developed by Russians."

The warnings caused many on social media to post about why they would never use the app. One of the concerns you may have seen friends posting about is about the rumor that the app was uploading every single photo from your phone to a server in Russia.

The CEO of FaceApp also said in a statement on Wednesday that "We only upload a photo selected by a user for editing. We never transfer any other images from the phone to the cloud."

An investigation by Forbes found no evidence that any photos other than the ones used for the app were being uploaded to a server. What's more, the investigation found that the company was using Amazon servers located in the U.S., not Russia.

If you are worried about tech companies having access to all your photos, Forbes added, it'd be worth taking a look at the privacy policy of all your apps.

Mathew Katz, who covers tech news for Digital Trends, stressed to ABC News that even though all of your photos are not being uploaded, the app is not without risks.

"FaceApp says that it technically owns and has all the rights to any of the photos that you run through the FaceApp," he told ABC News' Start Here podcast. "So if I upload my photo to FaceApp, theoretically FaceApp could use that in an ad or for facial recognition training or really anything it wants."

"I think there's some concern that one day your face is going to end up on a billboard without your permission because you ran it through FaceApp," he said.

How does Russia come into play?

One of the sources of concern for some social media users was that the app was developed by a team in Russia.

From Katz's perspective, this isn't the most of the worries surrounding the app.

"There's really no more danger than if an American company was doing something like this," Katz told "Start Here." "I think the Russia term is kind of a boogie man at this point. For the most part, this is not anything more nefarious because it's Russian than if it were from any other country."

Schumer struck a different tone on the Russia issue in his letter, saying he was worried the company could share information with foreign governments.

"It would be deeply troubling if the sensitive personal information of U.S. citizens was provided to a hostile foreign power actively engaged in cyber hostilities against the United States," he wrote, adding later on, "In the age of facial recognition technology as both a surveillance and security use, it is essential that users have the information they need to ensure their personal and biometric data remains secure, including from hostile foreign nations."