2 dead in fire at Fair Lawn home for disabled adults 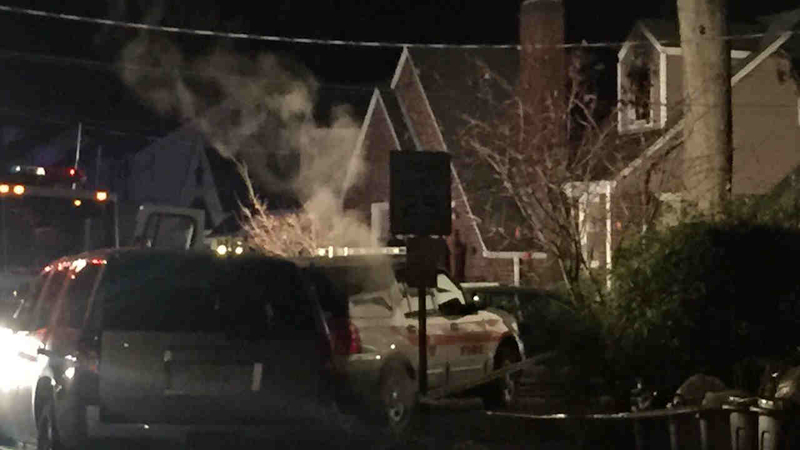 The fire broke out inside a home on Berkshire Road Tuesday just after midnight.

Alliance Against Homelessness of Bergen County, which operates the home, said four women in their 50's and 60's lived there.

Two of the residents died.

A Fair Lawn police officer fell off the roof while trying to help and was injured, but is expected to be OK. Another resident was treated for smoke inhalation.

A firefighter was taken to Hackensack University Medical Center with a leg injury.

That bed frame was used as a rescue ladder by the officers, as firefighters were arriving.

"Officer Rodriguez climbed up, pulled the woman from out of the window, we helped her down," said Rovetto.

Two of the women were taken to the hospital and are expected to be OK. Alliance Against Homelessness says the women were all independent and capable of getting around.

Two survived, thanks to seven dedicated police officers who risked their lives.

"We have great cops in the department, and I'm very proud of what they did last night," said Fair Lawn Police Chief Glen Cauwels.