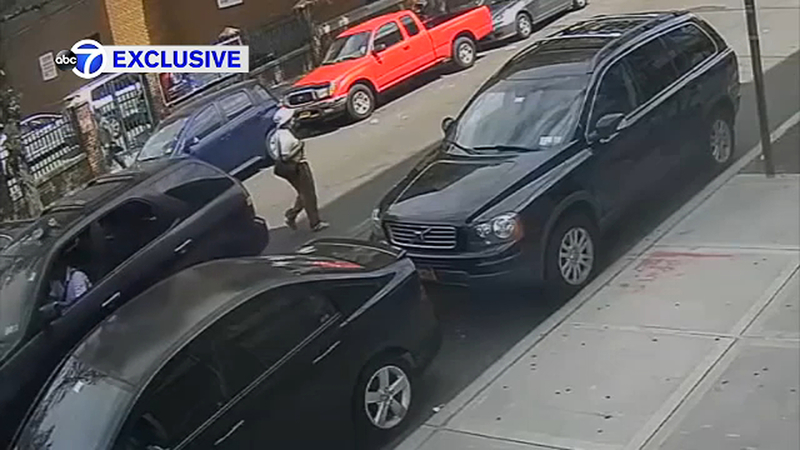 WOODSIDE, Queens (WABC) -- A woman and her family are seeking justice after she was mowed down in September by a wrong way driver in Queens.

It was emotional for Ann Paul to retrace her steps before the accident as she spoke exclusively to Eyewitness News. The last time she walked in the area, she got hit by a car.

"I see a lady standing there and she says 'Oh sorry, sorry, my husband was backing up. Sorry he hit you'," Paul said.

The 82-year-old grandmother was going to church and then to the grocery store on September 1. It was just a routine day of errands until she tried to cross Woodside Avenue in Woodside, which is a one way street, and never saw the car backing into her.

A biker is seen on video tending to her, followed by the driver and his wife helping her back to her home, which is just down the street.

Ann Paul remembers the driver saying she could be his mother and then taking off without leaving his name or number or even calling an ambulance for her.

"The fact that they ran off after right after she asked 'Could I just have your name and information?'," the victim's son George Paul said. "They said 'Oh we'll take care of everything, don't worry' and then ran off. That angers me."

"You have a responsibility to remain at the scene until the police arrive," the family's attorney David Levy said.

The elderly victim suffered a fractured eye socket, which is now held together with a metal plate. The cast for her broken finger came off on Tuesday.

Not only will Ann need physical therapy going forward, but she also has to take care of her husband, who had a stroke. She will have a mountain of medical bills coming her way.

There have been no arrests since the accident, so the family is hoping the new surveillance video their lawyer found will finally bring them justice.