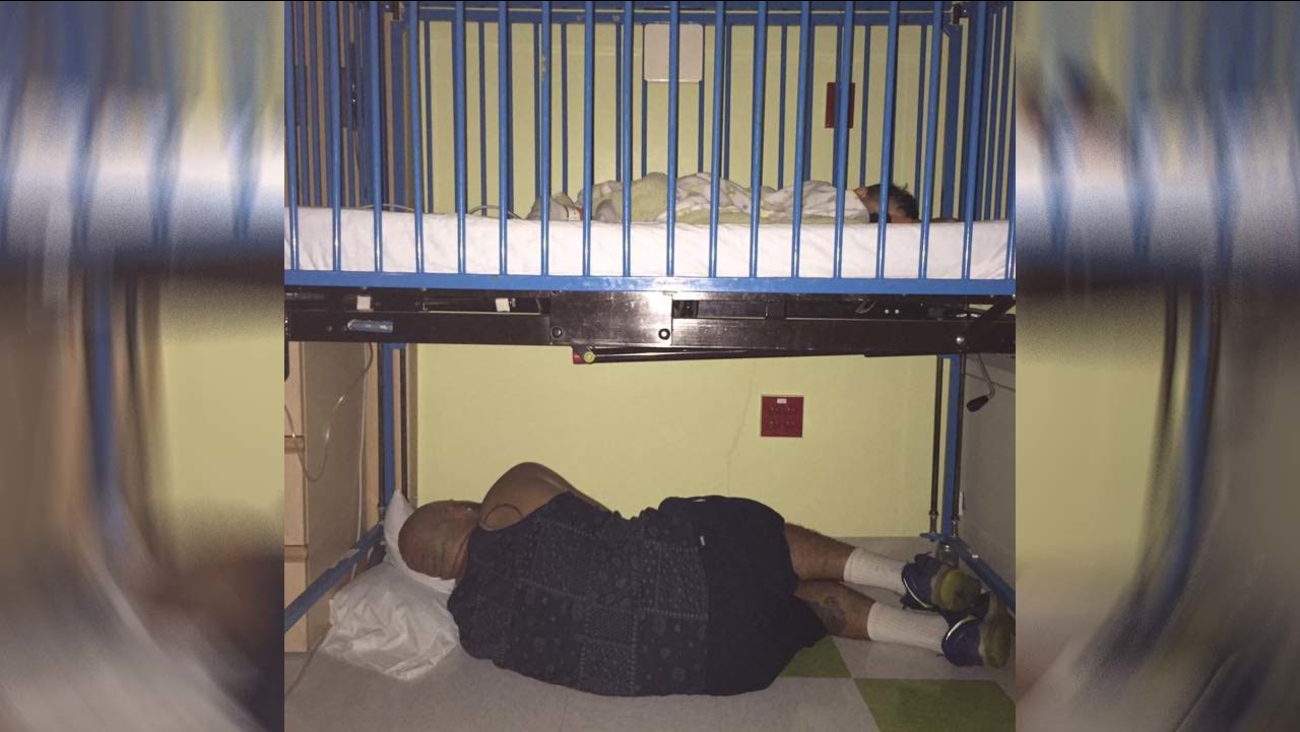 YORK, PA -- There is an old saying. "Man works from sun to sun, but woman's work is never done." However, one man in Pennsylvania is challenging that statement and proving his job as a father is never done - even after he has worked from sun to sun.

Andre Palmer was exhausted after working third shift all night, but when his shift ended he continued to work on the most important job in his life - being a dad. Palmer's 20-month-old son was in the hospital and he went straight to his child's bedside when he got off work.

"I thought to myself after working all night he didn't have to come to the hospital," said Palmer's wife, Amy. "He could have went home to sleep."

Amy Palmer said her son's room at York Hospital Pediatrics included a crib and a sleeper chair. She was asleep in the chair when her husband entered the room.
WATCH NOW: Incredibly Moving Photo of Dad Comforting Sick Son In The Shower Goes Viral


"He could have asked me to get up, but he didn't because he knew how tired I was," said Amy Palmer. "He's a great man."

When Palmer woke up and saw her husband sleeping under her son's crib - she snapped a photo and posted it on Facebook.


She captioned the picture with this message:
This is a picture of a hard working man dedicated to his family!! After working all night third shift, he's right here with his son who is in the hospital. He's so tired but he's here!! Father of the year award goes to Andre Palmer!!! I love you more than words baby

The photo received more than 1,000 likes and Palmer said she is overwhelmed by all the support the family has received.

"I am so glad that this touched so many people," said Palmer.