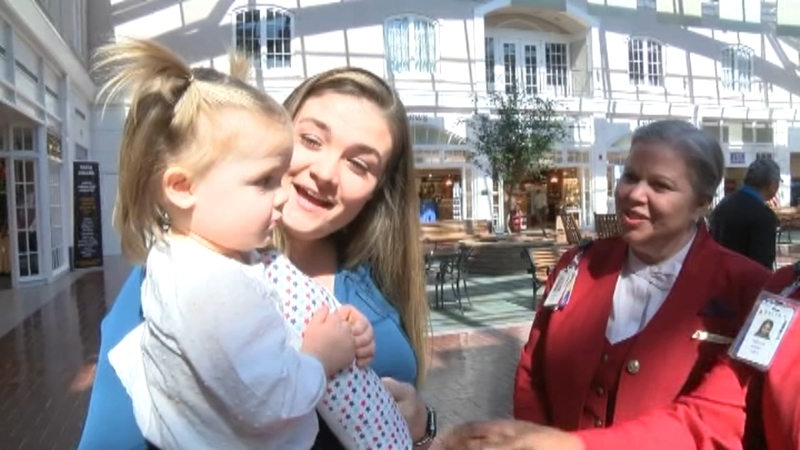 ATLANTA, Georgia -- Delta Airlines has helped reunite a young girl with her daddy doll after she lost it while traveling.

The daddy doll, which is a doll for children whose families can't always be together, belongs to Kenley Britton.

It was given to her after her dad was deployed.

Not only does it have his picture on it, but it has a recording of his voice.

"In the middle of the night when she wakes up, she'll play it, and it kind of helps calm her down and get her back to sleep," says Kenley's mom, Arielle Britton.

The doll got lost as Kenley and her mom were traveling from Connecticut to Florida, and it got lost on one of the planes.

Her mom posted on Facebook, asking for help locating the doll.

Valeria Zamora and Sheila Jones are both red coats with Delta Airlines.

They say Delta made it their mission to track down the doll.

"Once we had heard that, the Delta people across the system rallied together to locate this doll, and, because it was so special, we didn't feel like mailing it was the right thing to do," Zamora and Jones say.

Crews ended up finding the doll in Atlanta.

"We were just thankful and blessed to see how everybody came together, especially this day and age, social media can be used for such terrible things, and everybody used it for good," says Arielle.

The red coats say they know this week's effort will be remembered long after Kenley grows up.

"It will mean a lot to her. You know, this doll, and even if she felt a little overwhelmed at the moment, having that through the years will mean so much to her," Zamora and Jones say.
Report a correction or typo
Related topics:
family & parentingair traveldelta
More Videos
From CNN Newsource affiliates
TOP STORIES