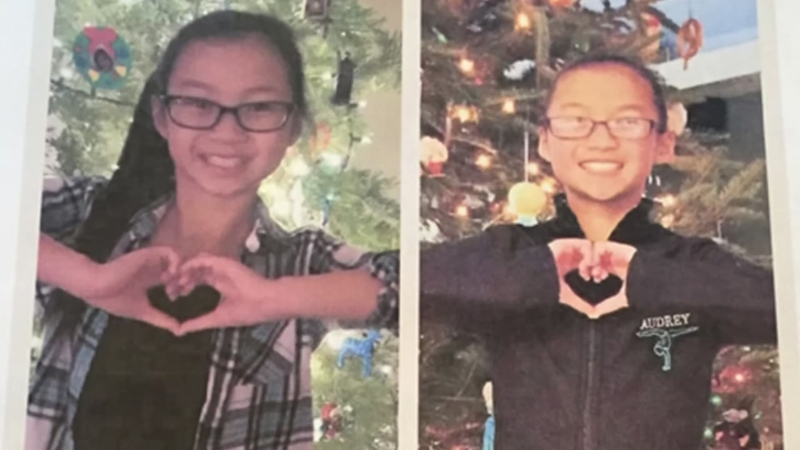 WAUSAU, Wisconsin -- A Wisconsin family got the surprise of a lifetime after learning their daughter, adopted from China, had an identical twin sister.

Jennifer Doering was trying to find a special Christmas gift for her 10-year-old daughter Audrey, but had no idea this is what she would discover.

Jennifer was looking for a finding ad of her daughter, which is an article put in the paper after a child is put up for adoption. While she was looking for that piece of history, what she found was another child that looked just like her own.

"We just happened to stumble upon an extra picture and from there we were able to find that there were two of them," said Jennifer.

That child was 10-year-old Gracie Rainsberry who lives in Washington.

"It's been different, it's like looking into a mirror for me, it's super weird," said Gracie.

After some research, Jennifer learned that Audrey and Gracie were separated at 15 months old and adopted out to two different families in the United States.

Audrey, who has three brothers, had always wanted a sister. This year, Christmas came early. Her parents told her early December about her identical twin and they were able to meet over FaceTime.

"It's been fun and cool at the same time," said Audrey. "Our laugh is the same, like our mannerisms, we talk the same, we like the same foods and stuff."

Their similarities go much deeper than that.

"They both have significant cardiac defects that required open heart surgery," said Jennifer.

While both girls were born with the heart defect, both of them made it through.

The families plan on meeting up several times next year. They'll spend spring break together in California, and then Audrey is going to Washington over the summer.
Related topics:
family & parentingwisconsintwinsadoption
Copyright © 2021 KTRK-TV. All Rights Reserved.
More Videos
From CNN Newsource affiliates
TOP STORIES