WTVD
By Anthony Wilson
CHAPEL HILL, N.C. -- It sounds like the concept for a Mother's Day weekend reality show. One mom with three of her five high-achieving children receiving degrees miles apart, and on the same day.

That's the challenge Sue Brader faced on Saturday. Her daughter, Tracy, was graduating from medical school at UNC. Her daughter, Kristy, completed her undergraduate degree at N.C. State, while her son, Bill, finished his at UNC-Chapel Hill.

"Ten o'clock here is the graduation, Chapel Hill, and then 12, it's State," Brader explained. "My boyfriend's driving, so he's gonna be dropping me off, taking me back and forth."

Greg Leighhton is the man making sure Brader makes it to the PNC Center in time to see her youngest daughter Kristy receive her degree from N.C. State.

"So run into State, see part of that and then run back [to Chapel Hill] and see the end of Billy's."

With Leighton at the wheel, Braden reached the arena in Raleigh in time to see Kristy's commencement.

"Very happy to have seen that," said Brader, watching for Kristy's arrival. "And now we're on to the next one. [Kristy is] stuck in traffic, and hasn't gotten here yet. We beat her here!"

"I was stressed just trying to make it to my graduation," Kristy exclaimed. "So the fact that she's doing [three graduations], she's just a saint!"

Leighton and Brader stayed in Raleigh for a bit, then it was back to Carolina for Bill's commencement.

"As you know, Chapel Hill is very parking challenged," Leighton said diplomatically. He and Brader made it to Carmichael Gymnasium in time for Bill's commencement, though.

At the start of her busy Saturday, Brader had this to say to her children:

"Congratulations Tracy, Kristy, and Bill. I'm so proud of all three of you and I can't wait to share this special day with you!"

Sunday is Brader's turn for a special day, since it's Mothers Day. Hopefully they can all celebrate together in one place. 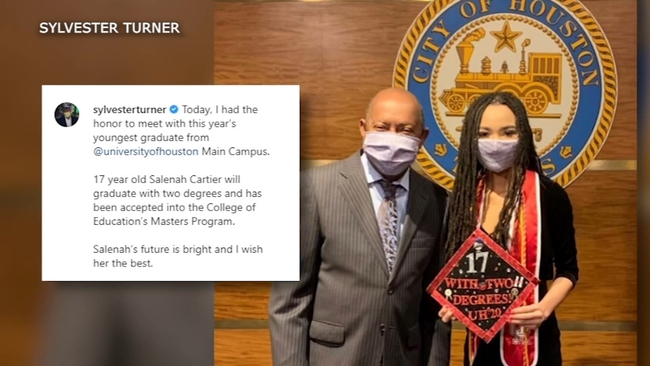 17-year-old graduates from University of Houston 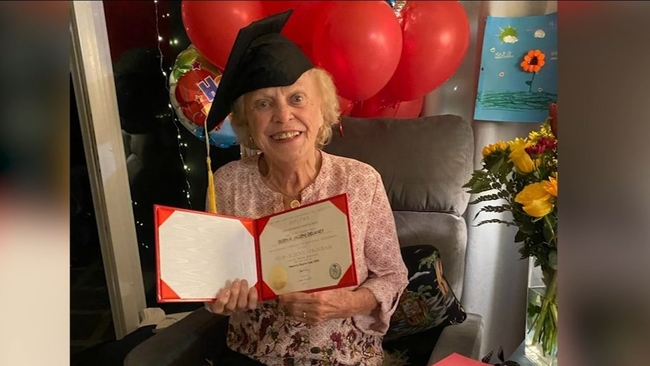 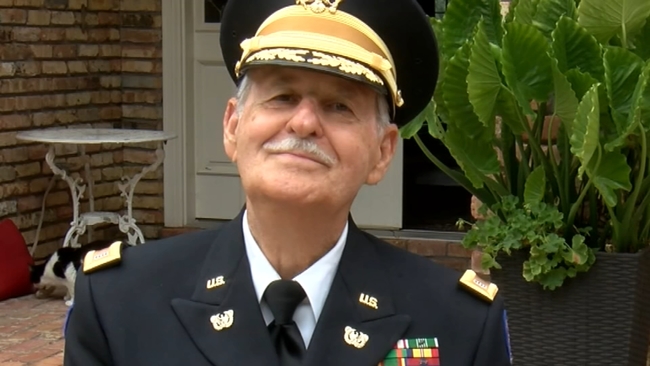