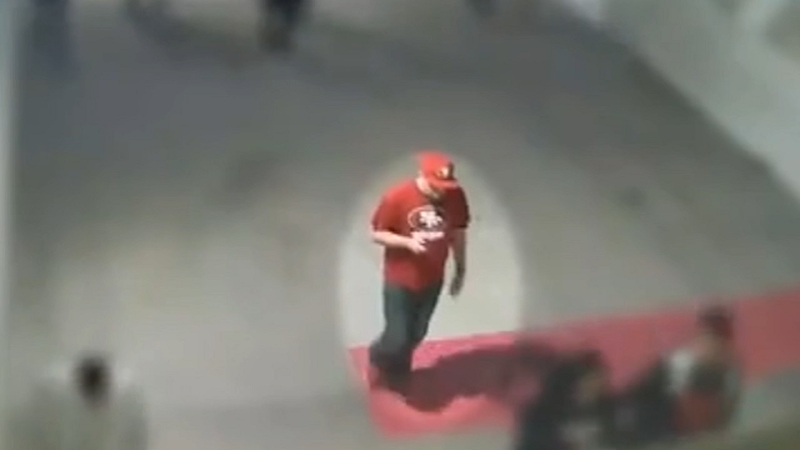 SANTA CLARA, California (WABC) -- Police are searching for clues after a fan vanished during Monday night's game between the Giants and the 49ers.

Ian Powers, 32, told his girlfriend he was going to use the restroom at Levi's Stadium in Northern California during the fourth quarter. However, the Army vet never returned to his seat.

Powers was seen on surveillance leaving the stadium at the end of the game. His girlfriend video chatted him to coordinate where to meet him, but he never appeared.

Powers' car is still in the parking lot. His cellphone is now dead.

Authorities say it is possible he walked into a marsh near the stadium. They are also not ruling out foul play or a medical problem.