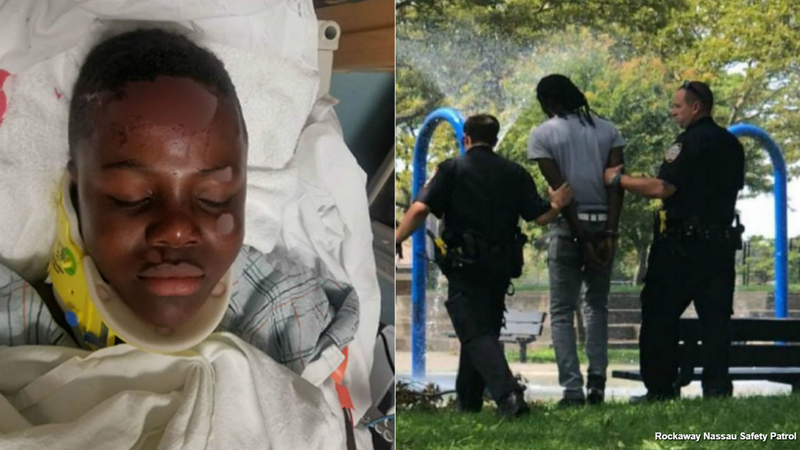 FAR ROCKAWAY, Queens (WABC) -- A man is in custody in connection to the hit-and-run crash that seriously injured a boy riding his bike in Queens.

Richard Granville, 11, was riding eastbound on Healy Avenue near Dickens Street in Far Rockaway on Monday night when he was struck just before 8 p.m.

The impact of the collision sent the young boy flying up into the air and back down onto the pavement.

His car was located later Tuesday and sources say it had been ditched under some garbage blocks away from the crime scene.

Sinclair was later apprehended nearby and is facing charges of reckless endangerment, leaving the scene of an accident and aggravated unlicensed operator of a motor vehicle.

Granville was taken to Long Island Jewish Medical Center in serious but stable condition. He suffered lacerations to his head and face.

His mother says the incident has been very difficult on her family.