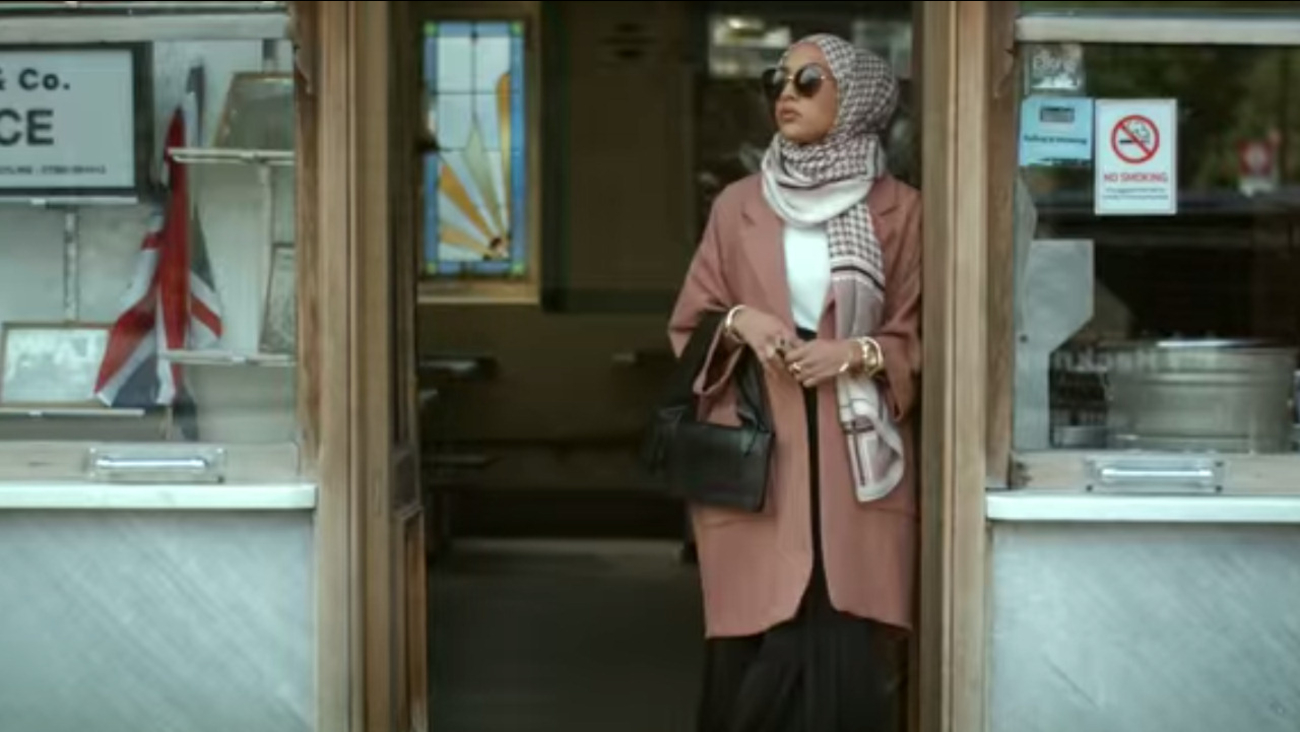 Mariah Idrissi, a 23-year-old model who wears a hijab, is featured in a diverse global campaign by H&M. (H&M/YouTube)

As the first hijab-wearing model for H&M, 23-year-old Mariah Idrissi has been getting a lot of attention. She says it doesn't faze her.

"Some people think it's great that women can be beautiful and wear a hijab, and others think they're forced to wear it," the model told Fusion. "I'm quite thick-skinned though, so if people did say anything to me, I wouldn't notice it anyway."

Idrissi's popularity exploded online this week as word got out that she was the first hijab-wearing model to be featured in an ad campaign for H&M. The Swedish clothing giant is the second largest fashion retailer in the world.

After becoming well-known for modeling on Instagram, Idrissi was recruited for the company's new global campaign promoting recycled clothing launched earlier this month. In the ad "Close the Loop," Idrissi is featured among a diverse group of models encouraging the audience to do away with fashion conventions.

S/O to @hm for having #mariahidrissi as a model in their campaign. Love it 👌👌👌

The model's gig is part of a trend among retailers to target Muslim customers, according to style site The Cut. It called the inclusion of Idrissi "a new benchmark in terms of visibility."

Fusion said Idrissi, who runs a beauty salon in London, was modest about her online fame.

"I honestly have no idea why," she said of the attention. "It might be because hijab fashion has boomed in the last few years and to finally see a hijabi in mainstream fashion is a big achievement."
Related topics:
style & fashionmulticulturalbuzzworthyadvertisingwatercoolerislamshoppingcommercial ad
Copyright © 2021 WABC-TV. All Rights Reserved.
More Videos
From CNN Newsource affiliates
TOP STORIES