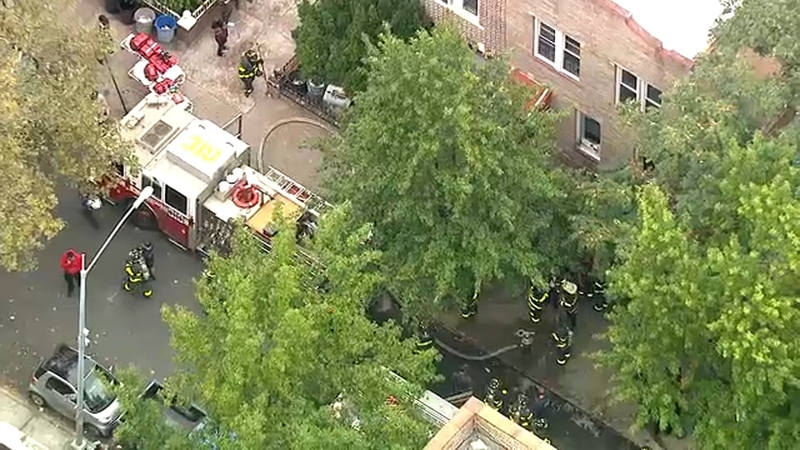 BROWNSVILLE, Brooklyn (WABC) -- The 64-year-old man who was found dead after a Brooklyn house fire Tuesday had multiple stab wounds, and police are now investigating his death as a homicide.

Police said Hugh Kirkland's body was found after a fire broke out in the basement of his home on East 96th Street in Brownsville around 2:00 p.m. He was found to have stab wounds to the chest.

The FDNY said the cause of the fire is incendiary, or deliberately set.

Another person was rescued from the fire in serious condition but is expected to survive.
Jason Watts, a good Samaritan, said he smelled smoke and automatically started working to get everyone out.

"We went through the back, kicked the door in and it was too much smoke," Watts said. "We had to get out of there. But like, you know, one causality. Probably in there. That's my friend Kirk. It hurt me to the heart. I live right next door. I was there. First hand, everything. Smelled smoke, we called 911, they're here. And you know how it goes. Kirk is in there though."