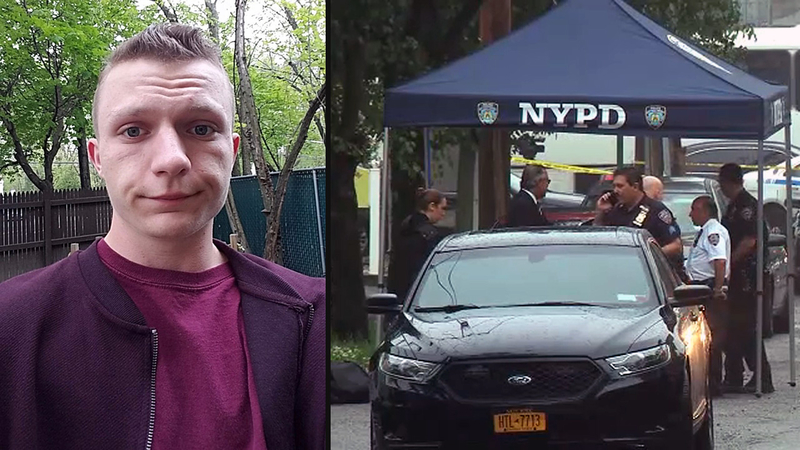 It happened after 4 a.m. Thursday on Page Avenue near South Shore Little League and PS 6 in Tottenville, described as a quiet and low-crime neighborhood.

Residents reported hearing gunfire, and 19-year-old Christopher Redmond was found with a point-blank bullet wound to the chest.

He was rushed to Staten Island University Hospital, where he was pronounced dead.

Redmond lived just a few blocks from the scene, and detectives were going door-to-door to look for surveillance footage.

Redmond's phone was found near him, and detectives believed he called 911 to report that he had been shot.

Police are unsure if he was shot at that location or somewhere else, as no weapon or evidence of gunfire was discovered near or at the location where he was found.

Redmond had no prior arrests, and there is no apparent motive in the crime. His family is devastated.

"It was right around the corner from my house," cousin Nicole McCarthy said. "We know nothing at this point, and honestly, the detectives are working as hard as they can. Nineteen-year-old kid. Little young baby. A baby. It just does not feel real. It's not fair."

It is unclear what he was doing on the street at 4 a.m.

So far, there are no arrests, but authorities say a man who lives near the crime scene is being questioned after he may have encountered Redmond and a friend outside his house in the middle of the night.

Detectives caution they are early in the investigation, and no charges have been filed.