"I was living a nightmare": Father of Davell Gardner shares emotional plea to end gun violence 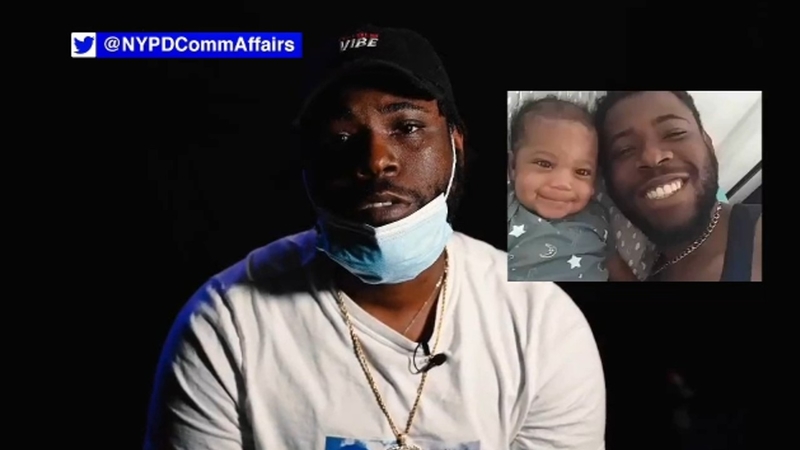 BEDFORD-STUYVESANT, Brooklyn (WABC) -- The father of a 1-year-old boy who was shot and killed this summer in Brooklyn shares a heartbreaking plea.

The boy's father made an emotional plea for the gun violence to end.

1-year-old Davell Gardner Junior's shooting death devasted our city and now his father is breaking his silence with a message he wants you to hear. #WeRemember @NYPDnews pic.twitter.com/AA6TKFWlFH

"I was just living a nightmare and I couldn't wake up, I just felt lost, I was in a dark place," Gardner said. "I lost my first-born ... my baby boy. This has to stop."

RELATED | Grandmother of 1-year-old killed at Brooklyn cookout: "Put the guns down"

The incident happened on Sunday, July 12, at a family cookout outside a park in Brooklyn, where 1-year-old Davell Gardner Jr. was killed and three others were wounded when two gunman opened fire.

Gardner, was struck near the Raymond Bush Playground at Madison Street and Marcus Garvey Boulevard in Bedford-Stuyvesant.

No arrests have been made in the incident.