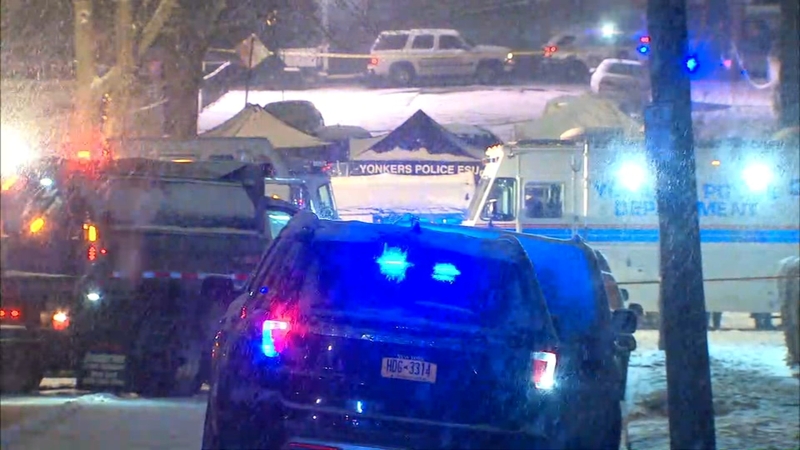 It happened near the intersection of Mclean Avenue and Aqueduct Avenue in Yonkers.

The incident turned a residential neighborhood into a scene of gunfire and mayhem, as the chaos sent some running for safety.

"Everybody was like running. You know. They heard something, they were running," said Abraham Altreb, a deli worker.

They weren't sure in the thick of it what it was.

"I knew that something happened," a witness said.

"I didn't really know what was going on," another said.

Sources say the commotion was gunshots fired by law enforcement, followed by the sound of a car crashing over and over.

The FBI and the Yonkers task force were conducting surveillance on a bank robbery suspect.

When he got in his car, officers tried to arrest him.

They believe the man was armed.

The suspect was shot and rushed to a hospital where he later died.

No law enforcement officers were seriously hurt in this incident.

The FBI has taken the lead in the investigation.