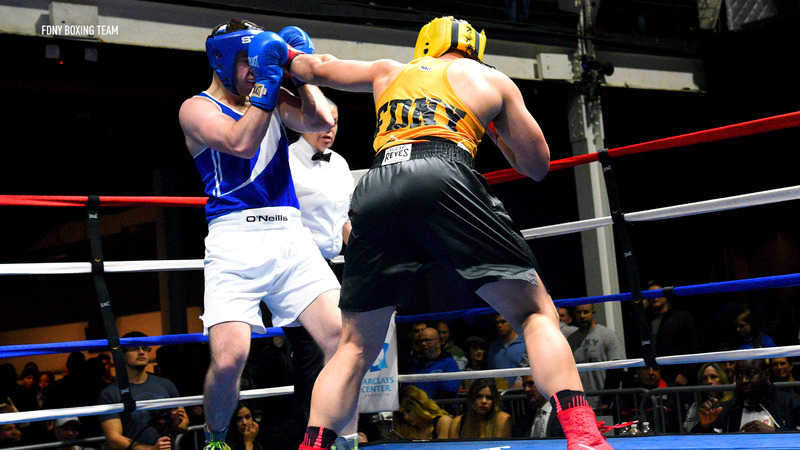 TRIBECA (WABC) -- They are already heroes, but the FDNY Boxing Team continues to help others.

The FDNY Boxing Team was established in 1982 as a non-profit organization. The team is made up of members of the FDNY who train for these grueling matches strictly on their own time.

They believe that raising money for worthy charities is well worth the hard work involved. They have boxers of every skill level; some enter the squared circle for the first time, others for the first time in years and a few who box on a regular basis.

In the beginning, there would only be one big show a year vs. their brothers in blue, The NYPD Fighting Finest. The rivalry was very intense and became more popular with each year.

Finally, it was moved to Madison Square Garden in 1985 and 1986 where the two teams slugged it out in front of sell-out crowds raising thousands of dollars for charity.

The President of the team, Bobby McGuire, was the former team captain and retired from boxing in 1991 with a record of 42-8-2. The head trainer is Mike Reno from Engine Company 33 in Manhattan.

This year, they are hosting police and firefighters from Boston to Baltimore in the 'Beast of the East' charity boxing event at Madison Square Garden on March 15, 2019. The money raised will go to 'Homes for Heroes.'

New York's Bravest have been working out at the Trinity Boxing Club in Tribeca.

Sam Ryan has the details.