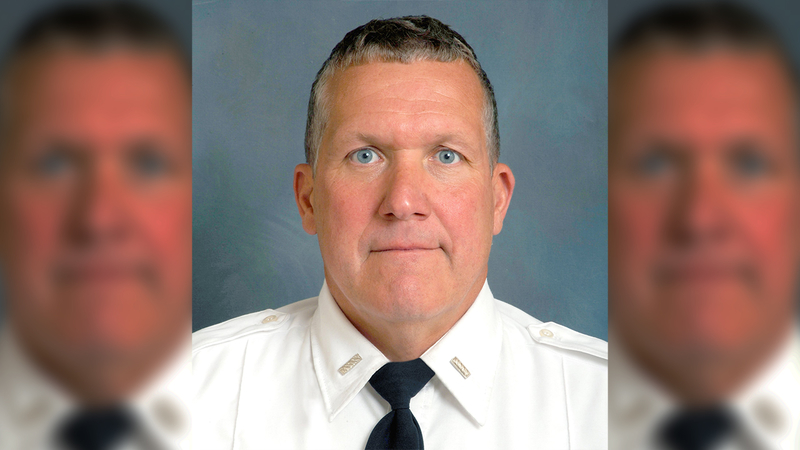 THE BRONX, New York (WABC) -- The FDNY is mourning the loss of a firefighter who died in the line of duty.

Officials announced that Lieutenant Brian Sullivan suffered a fatal heart attack at his home in Monroe, Orange County, Friday after responding to a kitchen fire in a Bronx apartment during his 24-hour tour of duty.

Sullivan, who worked for Squad Company 41 in the Bronx, was a 27-year veteran of the department. He is survived by his wife Irene and daughters Nicole and Samantha.

Later that night, he was rushed to Orange County Regional Medical Center in cardiac arrest, where he died early Saturday morning.

"Lieutenant Sullivan was a veteran fire officer and a dedicated member of our elite Special Operations Command who bravely served the Department for nearly three decades," Fire Commissioner Daniel Nigro said in a statement. "The city and the entire Department mourn the loss of this brave individual who spent his career protecting life and property and rescuing others from harm."

Sullivan's fellow firefighters said he was always there to rescue anyone in harm's way.

"Brian was a strong guy, he would push through, he wasn't somebody to sit back and have somebody else do his job," FDNY Capt. Thomas McHugh said. "He set an example for everybody and an example that a lot of us here followed. He was a lieutenant. I was his captain. I looked up to him."

His firehouse held a solemn bunting ceremony for the fallen lieutenant Tuesday.

The funeral begins at 11:00 a.m. Friday at Sacred Heart Church on Still Road in Monroe.