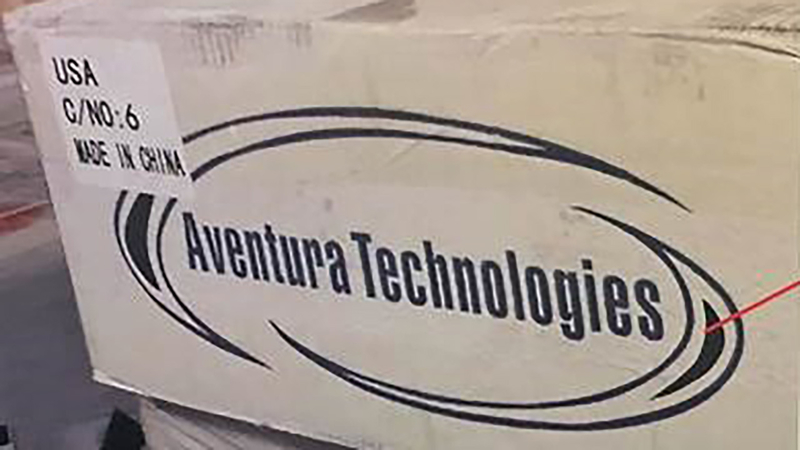 COMMACK, Long Island (WABC) -- Federal authorities on Thursday arrested seven current and former executives of a security company based on Long Island that are accused of selling equipment to the US government that was actually made in China.

Investigators were searching Aventura Technologies in Commack, while the suspects were arrested at their homes across Suffolk County.

Prosecutors say the company sold surveillance and security equipment to government agencies and private customers that it claimed was "Made in the USA" but was actually made in China, potentially putting those agencies at risk.

Federal prosecutors say Jack Cabasso "masterminded a 13-year international fraud conspiracy" and that due to a "lengthy criminal history," he made his wife CEO though she was only in charge on paper and also works part time at a Long Island accounting firm.

That misrepresentation also gave Aventura access to government contracts that were set aside for women-owned small businesses, prosecutors said, a category that is legally defined to include only those businesses owned by women where management and daily operations are also controlled by one or more women.

The company had boasted "all of our products are assembled on Long Island" and was awarded tax breaks from the Suffolk County Industrial Development Agency.

Authorities say that over the last decade, Aventura Technologies has sold nearly $88 million of security equipment to US government agencies.

The company has insisted it manufactures its own products, all of which are made in America, but the federal investigation revealed Aventura does not make what it sells.

"Instead, Aventura imports its products from other manufacturers primarily located in China," court records said.

False "Made in the USA" labels were allegedly affixed to the products.

"As alleged, the defendants falsely claimed for years that their surveillance and security equipment was manufactured on Long Island, padding their pockets with money from lucrative contracts without regard for the risk to our country's national security posed by secretly peddling made-in-China electronics with known cyber vulnerabilities," US States Attorney Richard Donoghue said. "With today's arrests, the defendants' brazen deceptions and fraud schemes have been exposed, and they will face serious consequences for slapping phony 'Made in the U.S.A.' labels on products that our armed forces and other sensitive government facilities depended upon."

The FBI said it raised significant security concerns because hackers could remotely assume control of an Aventura camera installed in a government or military building and obtain sensitive data.

Aventura's cameras and other security equipment is currently in use on dozens of Army, Navy and Air Force bases, along with Department of Energy facilities and on Navy aircraft carriers.