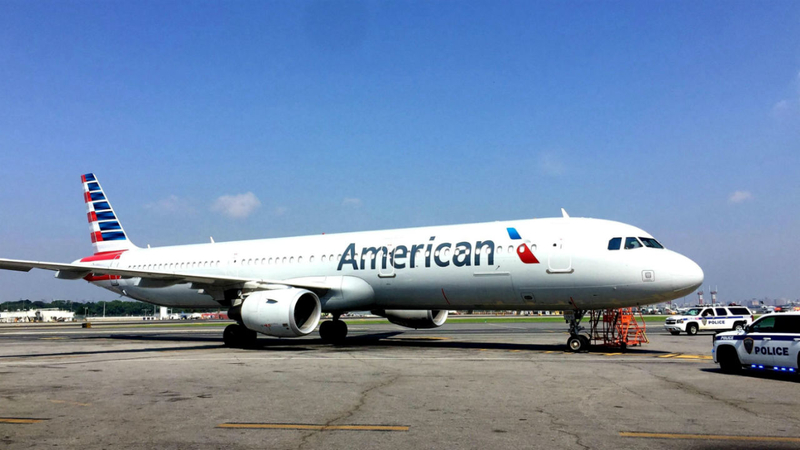 Fetus found on plane left by teen who had miscarriage

EAST ELMHURST, Queens (WABC) -- An 18-year-old woman from Brooklyn had a miscarriage in the bathroom of the American Airlines flight from Charlotte.

After the flight arrived to LaGuardia Airport from Charlotte and passengers deplaned Monday night, the cleaning crew made the discovery in the bathroom Tuesday morning.

The plane was being held at Terminal B while the medical examiner's office spent several hours onboard the aircraft. The plane was later moved to an American Airlines hangar.

The woman, who did not alert the plane's crew, was admitted to the hospital after the flight landed.

"The OCME can confirm we're investigating what we believe to be a human fetus found deceased on an airplane. We will release cause and manner of death upon determination," a spokesperson with the medical examiner's office said.

The investigation caused a ripple effect of delays to at least one other American Airlines flight.