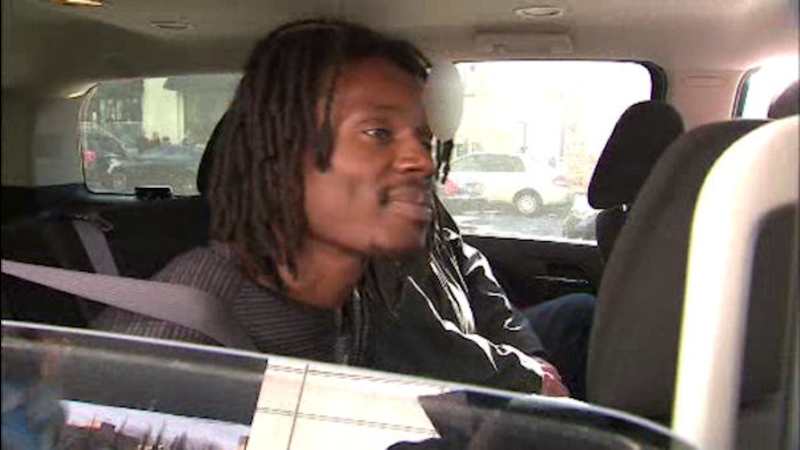 NEW YORK (WABC) -- 7 On Your Side warned everyone about fake money orders two months ago, and now that story has led to an arrest.

"Mr. Kassim what do you have to say to these businesses you allegedly passed these phony postal orders to?" said Nina Pineda, 7 On Your Side.

"Did you think you wouldn't get caught?" Pineda said.

"We got our man, yes, and we are very happy about this," said Donna Harris, USPS Postal Inspection Service.

Investigators say the 38-year-old was picked up for jaywalking by the NYPD and found carrying a pocket full of forged money orders.

They believe he's the same man responsible for a string of crimes the US Postal Inspection Service began investigating only after 7 On Your Side tipped them off.

"Channel 7 helped us out by getting that information out there," Harris said.

Employees at a six stores, including a local mom and pop bedding shop, a Sleepy's, a Raymour and Flanigan, and three other furniture stores all identified Kassim.

They say he was the customer who bought pricey bedding and furniture, paying with doctored money orders made out for hundreds, but were worth only a few bucks.

But after 50 years in business, the owners of Long's Bedding never saw someone who they say conned them in custody until now.

"That is fabulous," Bob Long said, "That this actually evolved into catching this person and he could possibly be put away for a while, we never thought it would have happened."

"When we got involved, you were about to deliver," Pineda said.

"Yeah and we didn't because we figured out they were fraudulent," said Terri Long, of Long's Bedding.

They were lucky. Investigators say other stores not only accepted Kassim's phony money orders, but gave cash change back to the alleged conman.

"Yes in some cases they did, so he was getting away with it, yes until we caught him," Harris said.

The big red flags to fakes: Variations in ink color and paper texture, when in doubt, call the USPS to verify.

A quick check revealed the $700 money orders allegedly used by the suspect were only worth $5.

"What do you have to say to Channel 7 for helping get you caught?" Pineda said.

There was no reply from the suspect or his attorney, but he'll be in federal court later this month and facing up to five years if convicted.