WESTBURY, Nassau County (WABC) -- A massive 10-alarm fire at a commercial waste facility site on Long Island is finally under control after raging for more than 12 hours and forcing an LIRR service suspension during the morning commute.

Firefighters were still battling hotspots that were expected to smolder throughout the day at the Jamaica Ash & Rubbish Removal Co. in Westbury.

The blaze began around 8:45 p.m. Wednesday at the site packed with household trash. Firefighters' efforts were hampered because the structure is not accessible from all sides.

"What made the operation very hard is the fact that the building is basically full, floor to ceiling, of garbage and packaged garbage, which is ready to be shipped," Westbury Fire Chief Kenneth Gass said. "So we had to attack it from the exterior, and again, not being able to attack it from both sides of the buildling caused a delay in the tactics and a real hardship for the fire department."

NewsCopter 7 was over the fire that led to LIRR service being suspended.

More than 300 firefighters from 60 departments across both Nassau and Suffolk counties responded and managed to get control of the fire around 11 a.m. Thursday.

Combined with house fire in Garden City that left three people dead Thursday morning, all 71 of Nassau County's fire departments were dispatched at the same time.

"It's just a very large amount of garbage in a very large space, and it ignites and continues to burn," Nassau County Executive Laura Curran said. "And there was a fear that perhaps the fire would continue on and on for many, many more hours, but they did a great job. They worked together, and it is now a situation that's under control."

No injuries were reported, but LIRR service on the Huntington/Port Jefferson and Ronkonkoma branches was suspended due to falling debris after a wall collapsed onto the tracks.

Service was restored later in the morning with delays averaging 20 minutes on one of two tracks through Westbury.
EMBED More News Videos

Shannon Sohn is live in News Copter 7 with an update on a massive fire at Long Island waste facility.

Customers were being advised to utilize alternate branches this morning, including the Babylon, Hempstead or Montauk branches. Before traveling, check mta.info (QR Code below) or consult the LIRR Train Time app. 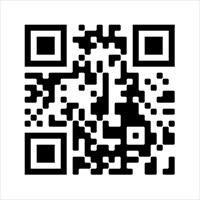 The LIRR added six afternoon trains on the Babylon Branch and one extra train to Hempstead to accommodate those using alternate branches.

They are advising riders on the Huntington/Port Jefferson and Ronkonkoma branches to allow extra travel time Friday morning and to expect possible delays and cancellations.

Firefighters continue to uncover and address hotspots, and are working to remove a wall adjacent to the tracks.

Depending on their progress, the LIRR says it may be necessary to reduce morning peak service through the fire zone to allow the wall to be safely removed.