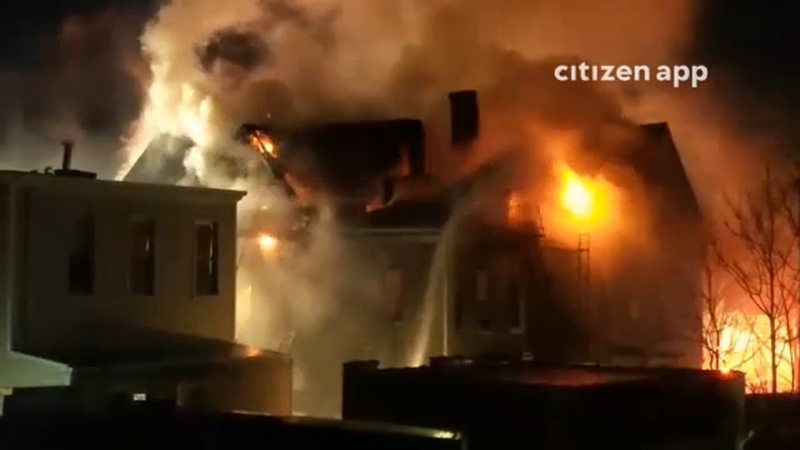 CORONA, Queens (WABC) -- Nearly two dozen people are homeless after being forced out into the bitter cold as firefighters battled a fire in Queens.

The blaze broke out around 10 p.m. Monday on 100th Street in Corona.

Citizen App video showed flames shooting from homes, and whipping winds spread the fire to the home next door.

Eyewitness News spoke with one woman who said she smelled rubber burning, and then seconds later, her apartment was in flames.

"I told her I smelled rubber burning, 'Hold on, let me go check the house,' go to the back," Lily Pugh said. "When I got back there, I could get all the way back to the kitchen door. All I saw was a whole lot of smoke and fire around the refrigerator."

The fire was burning in the kitchen of her second-floor apartment, and the 84-year-old had just seconds to get out.

Pugh, who lost of her apartment of 50 years, is now searching for a place to call home.

"I guess I'll sleep in the car tonight," she said. "I have nowhere else to go. That's my apartment."

Three people were injured, and 20 are now homeless.

The city brought in sanitation crews to salt, trying to break up the ice. The Red Cross is providing temporary assistance to everyone who was displaced.