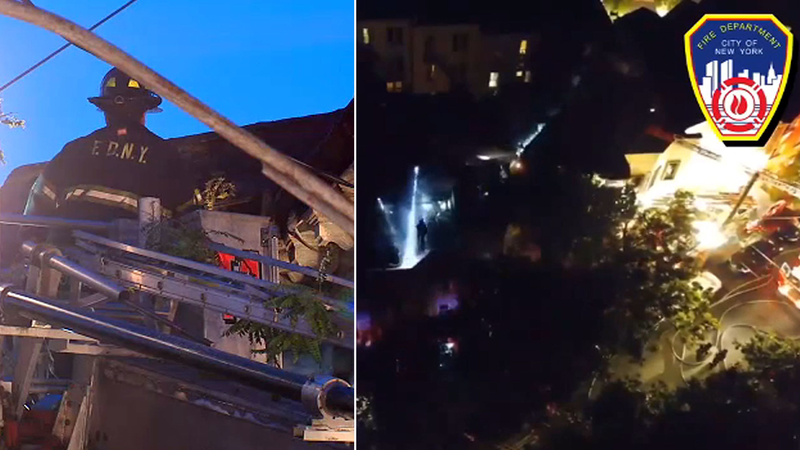 MORRISANIA, Bronx (WABC) -- An apartment building fire in the Bronx went to four alarms before it was finally declared under control.

The flames were first reported at 3:50 a.m. Monday at an apartment building in the 800 block of Freeman Street in the Morrisania section.

Drone video from the FDNY showed firefighters on the roof of the building with flashlights.

Initial reports indicated the fire started in the attic, and the flames spread to two adjacent buildings.

It took crews more than two hours to get the upper hand.

The blaze was finally declared under control at 6:10 a.m.

At least three people were injured.

Two firefighters were being treated for smoke inhalation, and a civilian was also hurt.

The extent of that person's injuries was not immediately known.