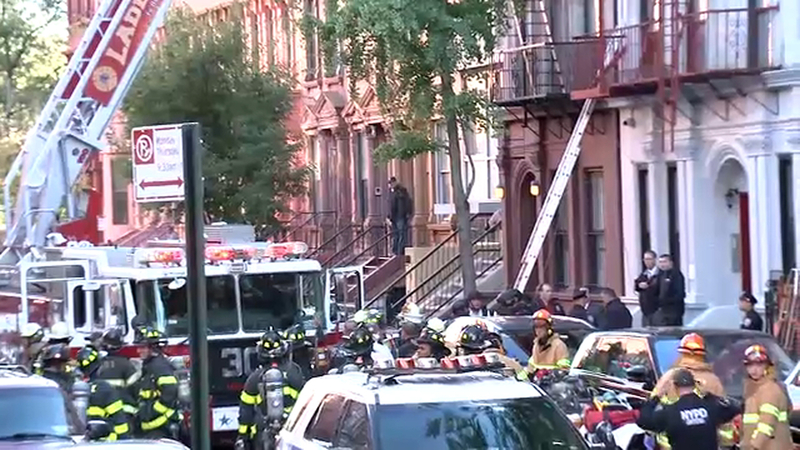 HARLEM, Manhattan (WABC) -- Three people are dead following a shooting at an apartment building in Harlem that was also the scene of a fire, authorities say.

Police responded to a call of shots fired just before 3 p.m. Friday at the building on West 131st Street.

Investigators say a 59-year-old man was involved in a dispute with a 78-year-old man and shot him in the head.

The gunman then went to the second floor and fatally shot a 62-year-old woman, before barricading himself inside an apartment and shooting himself, according to the NYPD.

Officers also noticed smoke coming from the apartment, but at first fire and police units had to back out because they did not know whether there was an active shooter inside.

After an hour of no shooting, authorities went back into the building to process the crime scene and confirm there were no other victims.

The fire ended up going to two alarms, and over 100 firefighters and 25 units from the FDNY battled the blaze.

One police officer suffered a minor injury while responding to the scene.

Two firearms were recovered from inside the suspect's apartment.