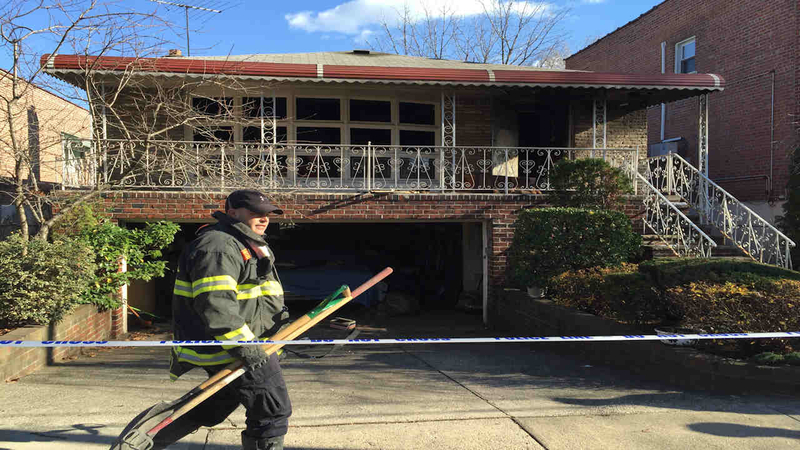 FLATLANDS, Brooklyn (WABC) -- Tragedy struck right before Christmas in Brooklyn, after a fire tore through a home, killing a blind woman who lives inside.

Residents in Flatlands are having a hard time grasping what happened, after learning their 64-year-old neighbor, Alma Crosby died in the raging fire that tore through her 2-level home on East 52nd Street on Saturday morning.

It took 60 firefighters to get flames under control.

Neighbors say Crosby was a sweet, down-to-earth woman who mostly kept to herself. She was also a retired city employee.

Quintero lives a few houses down, and he says he smelled smoke from his home, and ran over to try to save his neighbor. With flames spewing out the side door, and with smoke pouring out, it was just too much to handle.

Detectives spent much of the day combing through the neighborhood for clues while fire marshals searched inside the home for any cause as to what started the fire.

Crosby was a long-time resident, and it was well known among neighbors that she lived by herself. Many say they tried to help her over the years, but she would always refuse, preferring to be alone.

"The thought of her trapped inside her burning home, helpless, has left many here stunned," says Maya Chin, "It's crazy. You wouldn't think something like this would happen here, because it's such a nice neighborhood. We all look out for each other. We all have meetings and stuff - we're all together, so it's kind of like one loss."

Police are only saying that Crosby's cause of death and the fire are both still under investigation.