MIDTOWN, Manhattan -- A 71-year-old fire victim was carried down 20 flights of stairs to safety Saturday by four hero NYPD officers after a fire broke out in a Manhattan apartment building.

Authorities said the woman was unresponsive and breathing shallowly when firefighters pulled her from her apartment on West 55th Street.

Firefighters passed the woman to the NYPD officers, police said, who saw the smoke from the Midtown North Station House and ran over to help.

Officials said one of the officers -- Ahmed Abdalla - had just returned to work after battling coronavirus.

"NYPD officers respond to a fire and what happens, they end up carrying a woman down 20 flights," Shea said. "At this point in my life, I don't think I could carry anyone down five flights. As if that isn't enough, one of the officers just returned from COVID sick."

One of the officers said they were standing at the station house and saw smoke billowing from the 20th floor.

"Theres not much time to think, we just ran over, took the stairs up, starting helping clear out people," the officer said. "She had smoke inhalation, she was just laying there. We didn't have time to wait for EMS. We all grabbed a limb, took her down the 20 flights." 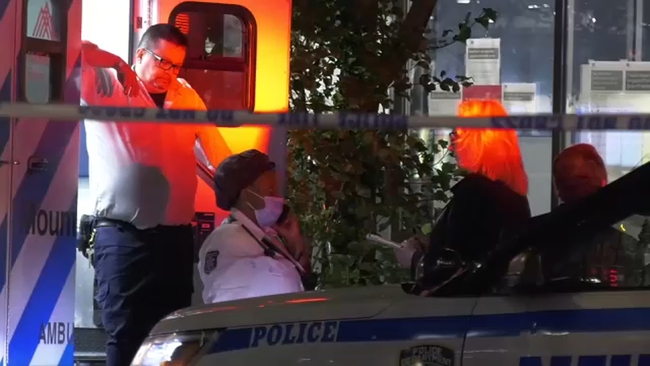