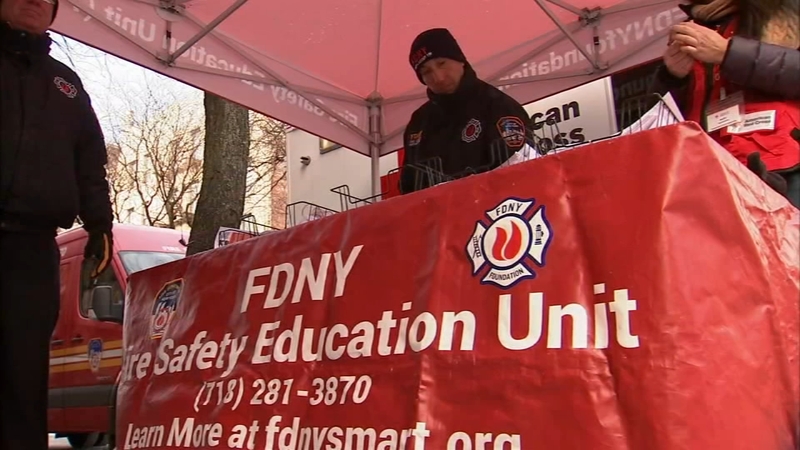 Investigators said a young boy played with a stove unattended causing the fire in a first floor apartment, and when that family fled they left the door open allowing the flames to quickly spread.

Mancuso added that people fleeing a flame-filled apartment should close the door to keep the fire from spreading.

"It's a good idea to isolate the fire," Mancuso said. "Get out of your apartment and keep the door closed so the fire can't go into the hallway."

Other victims tried to flee the building using an interior stairwell which had filled with smoke, others stayed in their apartments and were overcome.

In this case, Mancuso said residents should have used the exterior fire escape.

"It's much safer," Mancuso said. "Once you get in the hallway the smoke and heat is what can kill you."

Knowing what to do in a fire in a New York City apartment, starts with knowing whether the building is fireproof or non-fireproof.

Fireproof buildings are often higher than seven stories and have no fire escapes. They are built with concrete to help isolate fires to the floor they where they originate. Residents in these buildings should stay put, get near a window and call 911, Mancuso said.

Residents in non-fireproof buildings will have fire escapes. Fire can travel quicker in these buildings and residents must get out immediately.

"If you go to the door and the door is hot or if you open it slightly and it's smokey, keep the door closed and use the fire escape its much safer," Mancuso said.

If you don't know whether your building is fireproof or not, it's important to find out.

Buildings are required to clearly post that information and you can often find it in your mailroom, Mancuso said.

2. Plug heaters and appliances directly into a wall not into an extension cord.

4. Keep children away from fire and flammable objects unattended.

5. Isolate the fire and close the door when you leave.

"You want to plan your escape, practice that escape, and you want to prevent a fire," Mancuso said.