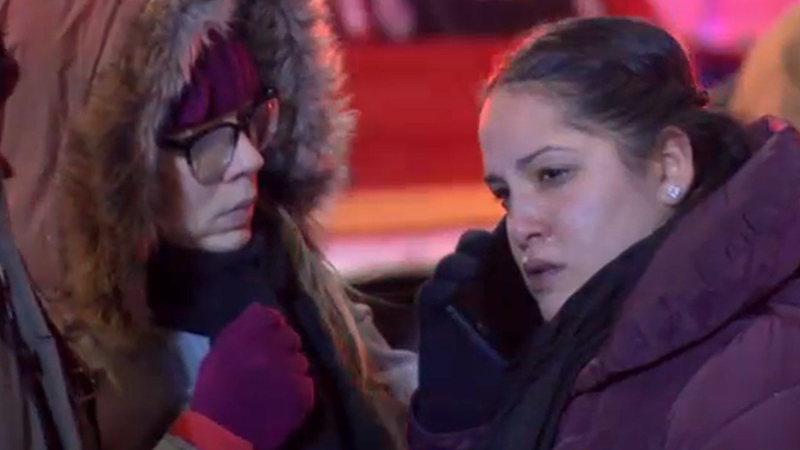 BELMONT, Bronx (WABC) -- Survivors of a deadly fire in the Bronx escaped out into the cold with nothing but the clothing on their backs.

Many have turned to the Red Cross for help and are receiving much-needed help right now. But reaching safety during the intense and fast-moving fire was a struggle.

"Most people were trapped inside the apartment because the fire escapes were full," said Reginald Rembhanie, who was displaced by the fire. "There was no room for people to come out!"

Another man, who didn't want to give his name, lived on the third floor with his four children.

"When I opened the main door, there's a big cloud, black, and then we went back to the fire escape and then I had to take my children one after the other to the fire men," the man said.

He said he waited on the fire escape for about a half hour, and is now thanking firefighters and God for his children's safety.

"I just thank God. What can I say? I know nothing's going to happen to us. I have that faith," he said.

RELATED: What we know about the Bronx fire victims
In all, firefighters rescued 20 people from windows and fire escapes in the five-story building. Four of them are in critical condition.


Twelve people died in the fire -- whether it was in the building or later at the hospital. New York City officials said it's the worst fire tragedy in the city in at least 25 years.

Investigators said a toddler playing with a stove caused the fire. The boy and his mom left the apartment and got to safety -- but left the door open, causing the fire to spread up the stairwell.

TO HELP THOSE AFFECTED BY THE FIRE:

The Mayor's Office, in partnership with the NYPD, FDNY, OEM and the Bronx Borough President's Office and other City agencies and elected officials, announced a coat and clothing drive for those affected by the deadly Dec. 28th apartment building fire on Prospect Avenue in the Bronx.