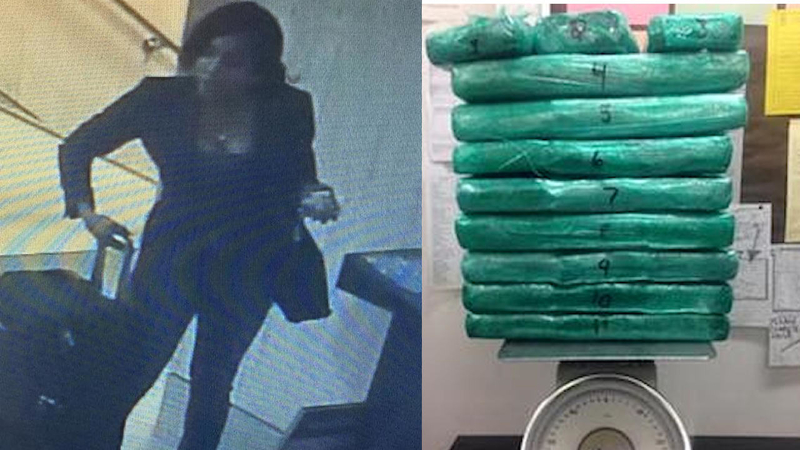 LOS ANGELES -- A federal judge has set bond at $500,000 for a flight attendant who allegedly attempted to smuggle more than 60 pounds of cocaine through the Los Angeles International Airport.

31-year-old Marsha Gay Reynolds was taken into custody in New York Wednesday, according to officials. The bond package will include home confinement and electronic monitoring.

The Drug Enforcement Agency said Reynolds surrendered to agents in New York after she attempted to smuggle cocaine through LAX on Friday.

The suspect was pulled aside by Transportation Security Administration officers for a random screening in Terminal 4.

That's when airport police said she abandoned her bags and ran away from security.

The woman's mother and pastor have put up two pieces of property to meet the terms of the bond package. But California authorities will appeal because they want her brought back there to be charged.

Reynolds will remain in custody at least until Friday. The judge is giving federal prosecutors in Los Angeles 24 hours to appeal the bail decision before Reynolds can be released.

Police are looking for a co-conspirator who has ties to Jamaica.

Reynolds graduated from NYU and is a nursing student at Mercer College.

JetBlue has suspended her from her job.

Reynolds was charged with cocaine possession with intent to distribute, punishable by 10 years to life in prison.