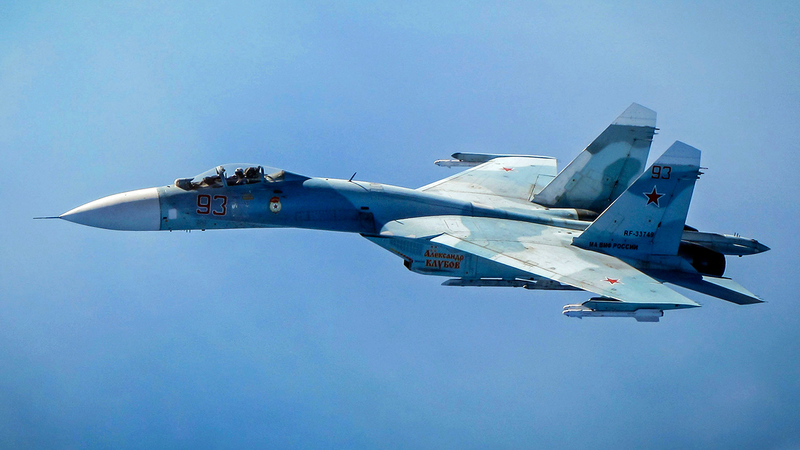 Air India flight 191 from Mumbai to Newark landed in London at about 5:45 a.m. Thursday EDT.

The Boeing 777 was parked on an isolated stand far from the airport's normal operations.

The airline initially tweeted a "bomb threat" forced the landing, but that post was later deleted. The nature of the threat was not immediately clear.

All 327 passengers were taken off the plane and were "served snacks and other beverages," said Dhananjay Kumar, a spokesman for Air India.

The U.K.'s Ministry of Defense did not identify the plane but did say that Typhoon aircraft safely escorted a civilian aircraft to the airport, which lies around 37 miles northeast of the center of London.

It is unknown if the threat was made on board the aircraft or came from another source.

After about an hour on the ground, the plane was cleared to take off and continue on to Newark Liberty International Airport.