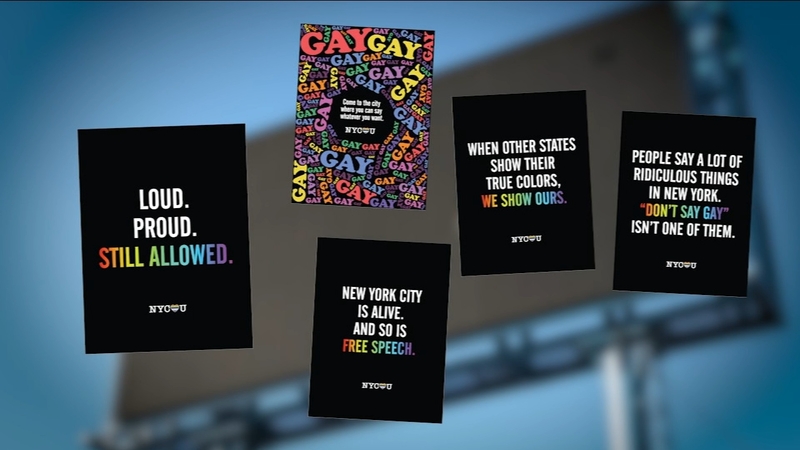 DeSantis insists the new law will protect children, while Adams says it's political theater and not practical -- and invites Floridians to move up to New York City.

"I like rivalries with other states," Adams said. "Florida can bring it on...New York is the place to be, specifically with the 'Don't Say Gay."

Coney Island's Luna Park reopens Saturday and this year thrill-seekers will be celebrating the 95th anniversary of the Cyclone wooden roller coaster.

The war of words continued after Adams announced the city would put up billboards in an attempt to lure angry Florida residents.

"It was political posturing," Adams said. "He's aware that in their school system, at that age, they don't do sex education. So why was the bill passed?"

Drivers can expect to see the colorful billboards pop up across parts of Florida in a show of support by the Adams administration for the LGBTQ+ community.


"They're wasting taxpayer money on doing that," DeSantis fired back. "They're saying you can say whatever you want, but they're the ones who will force a mask on your face and muzzle you in publich."

DeSantis' press secretary added in a tweet, "Florida: be free and we will make sure your education remains focused on the fundamentals."

Florida's new legislation prevents any instruction on sexual orientation and gender identity from kindergarten through third grade and any instruction not deemed "age appropriate" for later grades -- the parameters of which have not been defined, some believe intentionally.
Critics say the tactic could isolate children struggling with their identity.

Kalima McKenzie Simms runs the LGBTQ programs for the New York City Department of Education and says support for such students in schools is vital.

"Every student needs be heard, seen, affirmed," she said. "A staggering 50% of transgender youth who are not supported in their community are more likely to attempt suicide."
They are statistics advocates hope to reverse with the digital display that runs through May 29.