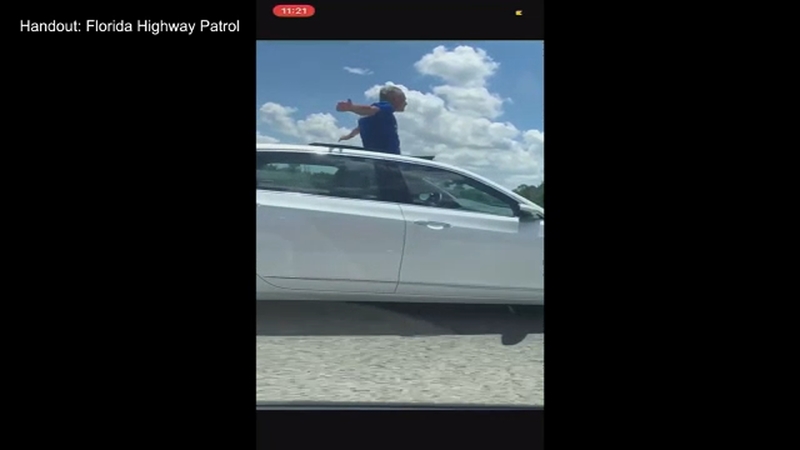 LAKELAND, Fla. -- A Florida man was arrested after being caught on video standing through a moon roof as his car continued to speed down the highway.

WFTS reports an off-duty sheriff's deputy was behind 70-year-old Leonard Olsen when he stood up while driving on I-4 at a high rate of speed.

Video shows Olsen standing up in a white Cadillac with his arms spread open around 2:30 p.m. Tuesday.

When asked why he did it, Olsen allegedly told Florida Highway Patrol troopers he wanted to praise God. He also told deputies the vehicle was in cruise control at the time.

Before he was detained, Olsen told the troopers he'd rather go to jail than go home.