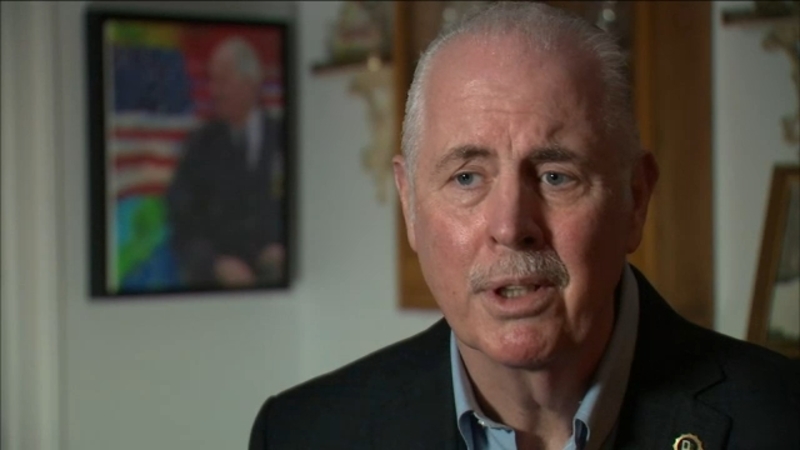 CHINATOWN, Manhattan (WABC) -- The wave of violent unprovoked attacks against Asian Americans may end up with a man losing his life.

Sources say the 36-year-old stabbed in his back in Chinatown last week with an 8-inch-kitchen knife is not likely to survive but is still fighting for his life.

Meanwhile, community leaders are outraged after the Manhattan District Attorney Cyrus Vance dropped the 2nd degree attempted murder as a hate crime charge, just a day after it was filed.

The DA said there was no evidence the suspect saw his victim's face.

But, the suspect allegedly admitted to investigators that he "didn't like the way he looked at me."

Salman Muflihi, 23, is currently charged with second-degree attempted murder, first- and second-degree assault, and third-degree criminal possession of a weapon.

Eyewitness News spoke one-on-one with former NYPD Chief of Detectives Bob Boyce, and he had some choice words for the DA.

"Clearly he saw his face. Clearly, he saw he was an Asian male and then he stabbed him anyway," Boyce said. "This should have been kept a hate crime. I can't fathom why within one day that changed."

A spokesperson for the Manhattan DA said in a statement, "The defendant's statement that he 'didn't like the way (the victim) looked at him does not establish a hate crime when the evidence to date shows that he ran up to the victim from behind and may have never actually seen his face."

The statement went on to say Chief Boyce is wrong on the law - and said he's advocating overcharging policies.

In fact, in any unprovoked attack he says, absent any other apparent motive, he would charge as a hate crime.

The NYPD also revealed that one of Muflihi's previous arrests was for allegedly punching another Asian man.

According to a criminal justice professor at California State University, hate crimes are incredibly difficult to prove beyond a reasonable doubt to reach a conviction.

"Hate crimes are the only crime that requires proof of motive and its, we can't, we don't have a machine to read people's minds," Professor Dr. Phyllis Gerstenfeld said.

According to the most recent statistics tracked by Syracuse University from the beginning of 2019 through June of that year, there were 99 federal hate crimes charges.

However, only 17 of them have been prosecuted.

"They're afraid of the police, there's cultural barriers and differences," said Stewart Loo of the NYPD Asian Crimes Task Force. "So crimes go underreported for Asian Americans because they don't wanna come forward."