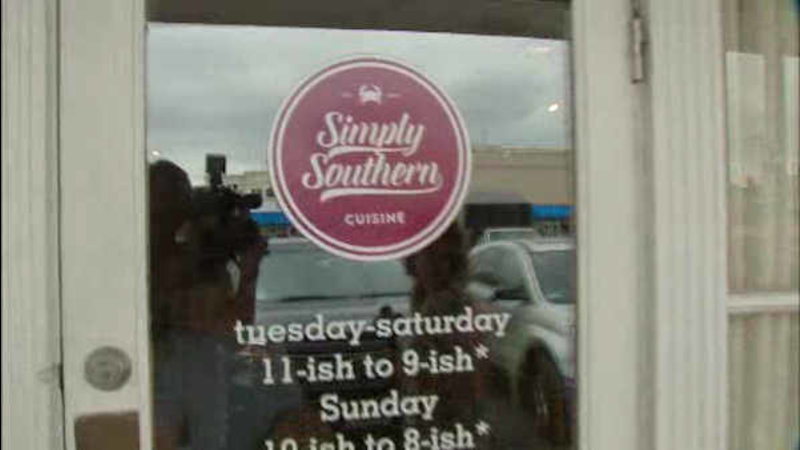 Taste of southern cooking at the Jersey Shore

You might not think of the Jersey Shore as a place to find southern food, and that's in part why the owners opened there restaurants there, because there weren't too many southern options and they knew they'd get customers.

"It's wonderful, it's such a great flavor. Just coming in it's like a hug," said one customer.

And that hug comes from Rita and Rasheed Simmons, the mother-son team behind Simply Southern.

"We try to abide by the name Simply Southern and give people a southern experience which consists of large plates of food, good service, the best we can, and making sure all the products are made fresh daily," said Rasheed.

They serve shrimp and grits, chicken and waffles, crab cakes, you get the idea.

"My grandmother believed that women, being from the older generation, should be prepared to run a house. So at the age of 8 she started me cooking," Rita said.

And the recipes are her grandmother's.

"I lovingly fold in the ingredients into the ground beef," said Rita.

She molds individual loaves and bakes them. And she serves them with your choice of sides.

Cooking wasn't ever meant to be a career for Rita or Rasheed. She was an accountant and he played defensive end for the Giants.

But in 2001 they opened a weekend only spot in Englishtown and started cooking at festivals. When they found a location in Belmar this year, they opened year round.

It would seem so.

"This was not my son's passion but he's always been very supportive of his mom. So I'm blessed," said Rita.

Lightly saute the pepper, onion and celery in olive oil
Set aside to cool
Preheat oven to 350.