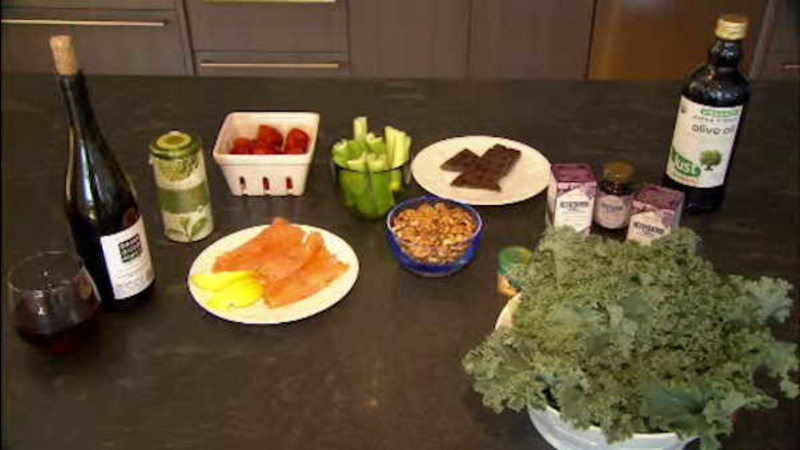 It's called the Sirtfood diet, and it involves foods that are good for you called sirtfoods, which can impact genes called sirtuins.

"Sirtuins activate proteins, help rev your metabolism, burn fat, fight inflammation. They do really good things for your body," said Brooke Alpert, a registered dietician who likes the idea behind the Sirtfood diet.

The book was published earlier this year in England. The authors tested the diet on 40 members of a European health club and on average found they lost 7 pounds in 7 days.

And the diet is reportedly one of the things that helped Adele drop an estimated 30 pounds.

But the diet is pretty intense during the first calorie-restricted week with an emphasis on juicing.

"For my patient population that would set people up to binge and they'd get really hungry," said Brooke.

So instead, she recommends focusing on sirtfood heavy meals, featuring foods that include celery, kale and salmon.

"You can never go wrong with good quality salmon. It's loaded with healthy fats, which is good for your skin, your heart, antioxidants," said Brooke.

Antioxidants that you'll also find in Tumeric and Matcha.

"Matcha I like to say is Uber version of green tea," Brooke said.

And red wine is also on the list. "Red wine has resveratrol, which is the biggest number one sirtuin activator that there is," she said.

But don't gulp the whole bottle. Instead you can have a glass and get even more resveratrol from a supplement.

"A decent size of dark chocolate will activate the sirtuins but too much will cause sugar overload," said Brooke.

So several squares, or an ounce a day, will rev your metabolism and it sure is a sweeter way to diet indeed.